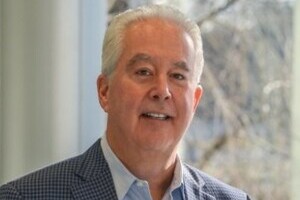 According to new research by Opengear spanning the U.K., the U.S., France, and Germany, more than four out of 10 (41%) network managers, network engineers, and network architects say their organisations use NetOps or network automation to enhance network security, the top use for NetOps overall.

Moreover, 44% of respondents whose organisations use an independent secure management plane (e.g. an Out-of-Band Network) that is separate from the production network believe enhanced security is one of the top two benefits of doing so. However, questions remain around access rights and permissions.

While just half of respondents say network engineers can access the independent management plane, 59% say the internal IT team is able to do so, 30% say middle management can access it, and 14% even say lower management or supervisory staff from elsewhere in the organisation can access it.

“These findings around access are a little concerning,” says Gary Marks, president of Opengear. “All network configuration and management should be restricted to the core network operations team via an independent management plane, including an Out-of-Band Network. This is essential to safeguard the production network from human error such as misconfiguration, or worse – cyberattacks. That’s why the management plane is increasingly viewed as the network for network engineers.”

The Opengear survey found that security was seen as key to avoiding network downtime. 39% of respondents whose organisation has an SD-WAN deployment use multilayer security to avoid downtime, while nearly one in five (18%) use end-to-end micro-segmentation and security zoning.