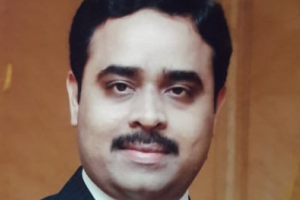 There is an increasingly important link between 5G, IoT and edge compute, with each having implications for the success of the other, says Guy Matthews, editor of NetReporter. So believes Jeremiah Caron, global head of research & analysis with the Technology Group of independent analyst firm GlobalData.

“IoT has been around for a while now, enabled by existing networking technologies,” he explains. “But now there are a number of different elements coming into play on the network side, and also on the compute side. We have analytics and AI entering the mix. It all means that IoT is complemented by new solutions such as 5G network services and edge computing capabilities, together driving a more highly automated, cleaner, safer, and more productive industrial and business world. We’re on the cusp of something faster, more real-time, more embedded into all business processes.”

After a bumpy start for 5G, Caron thinks that momentum is picking up, with work ongoing in the area of standards, as well as with auctions around the world for spectrum: “The next standard from the 3GPP is going to be 5G-Advanced, which will take things to the next level, to that place that we’ve been talking about for four years on the enterprise side,” he says. “And there’s been a lot of effort on private 5G networking to match.”

The other big 5G topic that Caron believes people are increasingly focused on is edge computing, with many different types of solution in development: “There’s massive ecosystem diversity around edge,” he notes. “There are lots of different players, from hyper-scale cloud providers to network-owning operators to compute providers to multiple types of software company and integrator. We’re starting to see models emerge that feature some consistency. There are still questions that remain.

What are the consumption models for edge compute? Who do you buy it from? How do you buy it? When it comes to service models, enterprises are still pondering about what to do here. Their supplier partners are more than happy to help them think about that. The market is looking for early successes, actual implementations that can be said to have really made a difference in automation, or in real-time business activity, and when we see more of those that will drive a lot of confidence and encouragement.”

To broaden the discussion, and get testimony from the front line on 5G, IoT and edge issues, Caron tapped the views of a select panel of experts. He started by asking for an explanation of what they are seeing in terms of practical enterprise use cases, with particular regard for the business value that is being created.

“Think about the convergence that’s happening, with data coming from sensors, being fed over cellular networks into large hyperscale environments, with software, services and AI capabilities running on top of that, driving business value,” enthuses Shamik Basu, director of IoT products with Verizon Business, the US carrier that is running a number of 5G deployments in the US for the benefit of enterprise customers. “Just look at pop-up locations and branch offices, where our customers want to take Fixed Wireless access as they look for alternatives to regular broadband connectivity.

An example would be crowd management, with the need for constant measurement of foot traffic in the building. Then there’s cashless retail, and the ability to use visuals and cameras to support asset protection in retail locations. Think about functions that have traditionally required intense human engagement, now moving over to robotics and automated guided vehicles with the use of object recognition. The edge is a perfect use case for that. Also, 5G is one of the things that is getting mixed reality off the ground.”

From the vendor side, Mikael Back is vice president and corporate officer, group function technology with Ericsson. He says the company has been experimenting with 5G use cases since the technology’s early days, in verticals like manufacturing, automotive and transportation: “We’ve recently seen a lot of interest in private 5G networks in manufacturing plants and in remote locations,” he says. “There’s network slicing which gives the end user their own network, instead of building it yourself. Fixed Wireless is another case with the logistics sector early to adopt here. We’re seeing a lot of experimentation and early use cases coming live. We’re at the start of a journey that will be as big as the smartphone revolution in 4G.”

Stephen Spellicy is vice president of solutions & product marketing, service provider & edge with VMware. He is seeing a lot happening in industrial IoT, with developments like smart metre infrastructure: “This is pushing operators to look for that next network solution, which is 5G,” he believes. “Modernisation of 5G infrastructure is key to the customers we’re working with today so they can go out and deliver on the promise of these advanced use cases.”

Terence McCabe, chief technology officer for Asia Pacific and Japan with Nokia, believes that private 5G might well be key to the mobile market’s future at enterprise level: “Private networks give you a more controlled environment that can be dedicated to specific use cases and can iterate through the standards more quickly,” he claims. “We have a combination of carrier customers and private customers who’ve rolled out 5G standards. And there will be early adopters for ultra-reliable, low latency use cases as we move forward.”

McCabe says the next couple of years will see a whole new range of deployments: “Getting use cases refined and tuned to rollout at a mass scale is a lot easier to do with private networks today than it is to use a general purpose sliced 5G network that’s serving a whole range of other use cases,” he points out. “By starting with private networks, you give yourself the opportunity to build new use cases without having to transform entire networks to do so.”

Spellicy of VMware agrees that private networking is the real 5G footprint: “It all starts with private networking and it moves from there to edge computing,” he believes. “For more advanced use cases in areas like manufacturing or healthcare and smart medicine, that is going to require an additional network. Of course, 4G provides quite a bit of capability for some of the more basic services.

But when bandwidth and latency become constrained, 5G will be the ‘go to’ network. Consider also verticals like mining and exploration which use automated guided vehicles. These require very low latency communication in order to control them. In other industries, like manufacturing, you’re going to need maybe more bandwidth, but you can get away with higher amounts of latency.” The communications service provider, he says, has an opportunity to help bring such capabilities to the customer.

Saratendu Sethi is vice president of AI with GEP, a specialist in the field of procurement and supply chain solutions. His company is building use cases that take technologies such as 5G, IoT and edge compute to customers to solve specific supply chain problems: “Even before the pandemic, the supply chain was undergoing a whole process of digitalisation,” he says. “At the core of a digital supply chain, what’s important is data and end-to-end connectivity. And this is where 5G comes in.

The promise of 5G in terms of accelerated data speeds to reduce latency, in connecting significantly more devices, in enabling IoT, is phenomenal. For example, we are directly working with customers who are using IoT to enable ‘just in time’ manufacturing by tracking parts in real-time as they are moving from the assembly line, rather than waiting for a scheduled arrival. We are building opportunities to keep these manufacturing processes running throughout. 5G allows us to connect more and more devices, so we can actually track goods at SKU level as they’re being manufactured and as they are moving across warehouse distribution centres.”

By way of conclusion, Nokia’s McCabe considers web scale players and what they are doing with deployments in this area: “It isn’t a simple competitive dynamic,” he explains. “There’s a lot of cooperation going on, and there’s real ambiguity about the roles that the ecosystem players will take in the long run. We see many examples where web skills are partnering with CSP companies at a national level and working together to deploy edge data capabilities to host applications. There are other cases where the web skills are actually working to develop telco cloud solutions to support the workloads of the CSP themselves. When we talk about the role of the web scale, it’s very much a space to watch. The dynamics are not fixed and are going to change a good deal over the coming years.”

The author is Guy Matthews, editor of NetReporter.