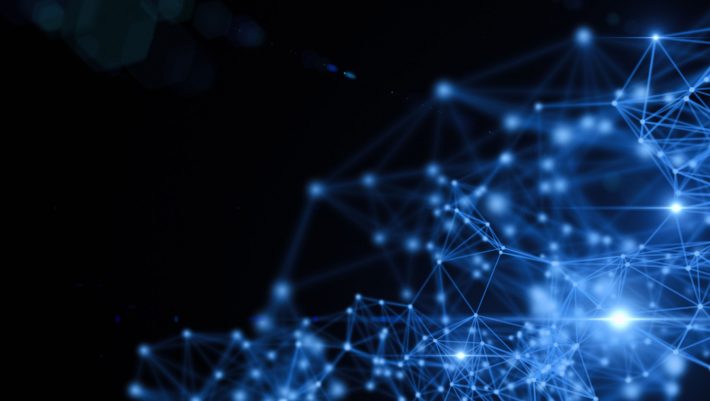 The brewing of beer is an ancient craft, but that doesn’t mean the logistics of it need to be. Bar and restaurant owners know that not all beer poured is beer drunk, and beer down the drain equals money down the drain.

This led Tel Aviv–based analytics startup WeissBeerger, acquired by beverage giant Anheuser-Busch InBev (AB InBev) in 2018, to bring beer consumption into the future with a sophisticated Internet of Things (IoT) architecture designed to help bars and restaurants analyze exactly how their beer is being consumed, enabling them to make better-informed decisions about inventory, waste management, and demand. When WeissBeerger saw a need to supercharge its homegrown IoT architecture to enable greater scalability, ease of use, and security for its end users, the company looked to its cloud service provider, Amazon Web Services (AWS), for help in making the switch to AWS IoT Core and AWS IoT Greengrass.

Since its founding in 2011, WeissBeerger has had grand ambitions. “We aim to become the go-to analytical tool linked up to every point-of-sale system, helping our customers use the benefits of a data-driven world to increase their bottom line,” says Aviel Gendler, WeissBeerger’s brand manager. WeissBeerger made great progress toward its goals with its previous IoT architectures. It developed flow meters that bars could install on taps and that would deliver data to its Beverage Analytics app through the cloud. However, the older solution had limitations. “It was a solution using hardware that was specifically made for us with very ad hoc solutions in terms of architecture,” says Nicky Zintchenko, WeissBeerger IoT lead. Installing these versions required third-party technicians, feet upon feet of wiring, and hours or even days of labor with inconsistent results, and the process was too intensive and slow to roll out quickly or at scale.

With its next generation of flow meters and temperature sensors, WeissBeerger sought to couple the updated devices with a streamlined IoT infrastructure while delivering more analytics for its end users. Already storing data with Amazon Simple Storage Service (Amazon S3)—AWS’s object storage service that offers industry-leading scalability, data availability, security, and performance—WeissBeerger had some idea of what the AWS Cloud could offer.

At the center of AWS’s IoT infrastructure is AWS IoT Core, a managed cloud service that lets connected devices, such as meters and sensors, easily and securely interact with cloud applications and other devices. WeissBeerger sought to use the new AWS IoT–based infrastructure to give its devices a much more plug-and-play installation—something that didn’t need special tools or wiring, that could be explained in a short video, and that bar and restaurant owners could do themselves. “Basically the only thing we need now from the user is to say which flow meters are assigned to which beer brands,” says Zintchenko. “So the installation feels more like select a brand, pour some beer, and that’s it.”

Once the customer completes the simple sensor installation, everything thereafter happens in the cloud through Trayz, WeissBeerger’s sleek new app that presents data collected from the IoT architecture in an easy-to-read dashboard. Bar and restaurant owners can see all sorts of data, including information about beer temperature, beer volume being sold or wasted, and—as a new feature—anonymous analytics from similar bars in the area to help bar owners identify local trends and make better use of their own data.

Such analyses require an intricate architecture. To create that framework, WeissBeerger places a gateway running AWS IoT Greengrass inside the customer’s establishment. AWS IoT Greengrass seamlessly extends AWS to edge devices so they can act locally on the data they generate while still using the cloud for management, analytics, and durable storage. “All the sensors send their data to the gateway, which aggregates them and sends them once a minute using MQTT protocol to AWS IoT Core,” says Zintchenko. AWS IoT Core lets the system easily connect any number of devices to the cloud and provides complete encryption throughout all points of connection so that data is exchanged securely between devices and AWS IoT Core.

The Benefits of the New IoT Architecture

A bar in Tel Aviv is already deriving value from WeissBeerger’s new architecture. There, the new AWS IoT–backed connected devices tracked the bar’s usage and found that it was averaging about 18 kegs a month of waste—more than 100 gallons of beer down the drain, amounting to about $6,000 of lost potential revenue a month. The new architecture not only was able to track waste data and help the bar see how waste affected its bottom line but also analyzed the data and helped pinpoint the main source: 10 of those 18 kegs were unreported pours—basically, the bar’s staff was drinking it. “After a month using Trayz, the waste was down to 10 kegs, a decrease of 45 percent, which is about $3,000 in potential revenue per month,” says Zintchenko. “The return on investment sells itself.”

WeissBeerger’s new AWS-enabled architecture gives the company the headspace to focus on the future. “Using AWS IoT definitely frees up time—not to think about how to improve our system but to plan out how to improve the service we give to customers,” says Zintchenko. As it develops within AB InBev, WeissBeerger is on the hunt for more advanced ways to make use of the data generated by its IoT architecture. This includes experimenting with Amazon SageMaker, AWS’s fully managed service that provides developers and data scientists the ability to build, train, and deploy machine learning models quickly. “Machine learning could be utilized easily by just understanding how a bar operates and helping a bar plan ahead in terms of staff,” says Zintchenko. “Maybe predict how to plan for a special holiday.”

Buying a Round for Everyone

With AWS IoT, WeissBeerger has already seen huge potential for bar and restaurant owners to reduce waste, save money, and gain enough market insight to make savvier business decisions. And with better inventory management, customers are able to focus more on the craft of beer, proactively adjusting supply with a better understanding of current and future demands. “WeissBeerger’s mission is far larger than just increasing beer sales,” says Zintchenko. “We want to support our local supermarkets, support our restaurants and bars; we want to help that small group of friends building a new bar succeed.” And that’s something everyone in the business can raise a glass to.

Founded in 2011, WeissBeerger developed an IoT and market research system designed to put the world of data analytics at the food and beverage industry’s fingertips. Acquired by Anheuser-Busch InBev in 2018, it now serves as an analytics arm of the largest brewing company in the world.