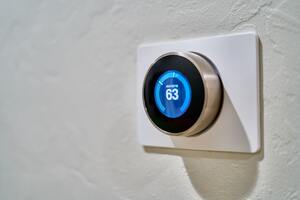 A historic milestone has been reached in the European energy sector as the penetration of smart electricity metering has now passed the 50% mark. This could be concluded in the latest study of the European smart metering market from the IoT analyst firm Berg Insight, which has tracked the development of the market since 2004.

At the end 2020, the EU27+3 region was home to nearly 150 million smart electricity meters, corresponding to a penetration rate of 49%. Growing at a robust CAGR of 7.2%, the installed base is expected to exceed 227 million units in 2026. The European smart gas metering market will meanwhile increase its installed base of devices from 39 million units in 2020 to just over 70 million in 2026.

The composition of annual smart electricity shipment volumes is expected to change significantly over the coming years as rollouts in many markets in Western and Northern Europe are now either well-advanced or largely completed. One major growth area that will spread across Europe in the coming years is second-generation smart metering deployments.

“In fact, replacements of first-generation smart metering equipment are expected to account for nearly a third of the cumulative device shipments until 2026” says Levi Ostling, senior analyst at Berg Insight. In terms of first-generation projects, the 10 fastest growing markets during 2020–2026 will meanwhile all be in Central Eastern and Southeastern Europe a trend that shows that the focus has started to shift away from the big Western European markets that have been the centre of attention of the European smart metering market throughout the past decade.

Another major ongoing change is related to the communications technologies being used for data exchange with the utility back office. Wireless connectivity options are forecasted to grow their share of annual smart electricity meter shipment volumes from 25% in 2020 to 57% in 2026.

A lot of the growth will be attributable to the rise of 3GPP-based LPWA connectivity services, which have become available in most European markets in the past couple of years. “NB-IoT and LTE-M communications have now had their commercial breakthrough in the European metering market and are being considered for a rapidly growing number of projects”, concludes Mr. Ostling.