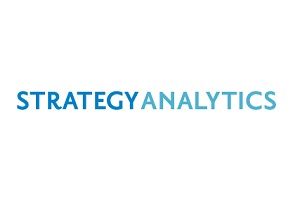 Boston – Strategy Analytics examines the current state of the navigation and location-based services market, and how the entry of Google into the OEM space changes the market dynamics of the segment.

Strategy Analytics’ Automotive Infotainment and Telematics service report, “Automotive Navigation and Location-Based Services,” looks at the rapid adoption of Google’s Android Automotive Operating System (AAOS) by OEMs, and how the default inclusion of Google Maps on the platform gives the already popular service an even greater strategic advantage.

“The transition of Android from simply a smartphone projection solution to a full embedded operating system has really shaken up the infotainment and navigation segment,”Edward Sanchez , senior analyst with Strategy Analytics Infotainment and Telematics service, says. “With several new OEM commitments to the platform, its clear that Google’s services will be a force to be reckoned with by the incumbent players, whether they like it or not.”

“Google’s aggressive entry into the automotive space has been a real wake-up call for the legacy players in this market. Those that thought the company’s ambitions in the segment ended with Android Auto were sadly mistaken. It’s a whole new game now, and the key to success will be ongoing innovation,” Richard Robinson, director of Strategy Analytics’ Infotainment and Telematics service, says.

The report also includes global and regional navigation unit forecasts from 2020-2028, as well as 4G and 5G connectivity and smartphone projection forecasts, as well as the latest developments from the major OEMs and navigation and location-based service providers such as Google, HERE, Mapbox, NNG and others.