Home › Blogs › Have smart motorways failed? or is it time for a bold rethink? 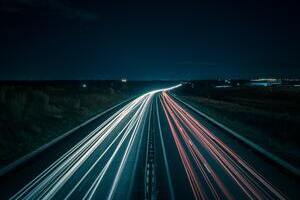 It is no surprise that smart motorways have been met with increased criticism over the past few months. Safety concerns, environmental inefficiencies due to newly increased congestion and renewed public scrutiny have put the issue at the heart of British transport politics. The MPs on the Transport Committee’s recommendation to pause all smart motorway roll-out is the government’s chance to act boldly.

If the UK wants to tap into the unfulfilled potential of smart motorways, they must look at ways to revamp. Through a mixture of practical changes, and enabling innovative technical solutions leveraging real-time data, the country’s highway network could overcome many of the current roadblocks, says Jamil Ahmed, distinguished engineer at Solace.

The best of both worlds

Decisive action by the government can ensure a way to get the best of both worlds, improved traffic flow in a green climate-friendly manner, while also maintaining an emergency hard shoulder capability that the public is demanding. This would appease smart motorway critics by ensuring the safety of drivers and increasing motorway capacity.

Current dangers on smart motorways stem from drivers not reacting fast enough to detect and move out of the lane for broken down vehicles. Overhead gantries with a red ‘X’ sign are either not being displayed quickly enough to protect stopped vehicles, or drivers themselves are not responding to them fast enough. As a first step, limiting the hard shoulder to specialised vehicles with the right technology will ensure improved safety for motorists in this new hybrid approach to using this lane.

By not allowing normal traffic to use those lanes, the status quo that the general public desires will be restored, boosting confidence in any future projects. Instead, similar to bus lanes, only certain classes of vehicles will be allowed to enter that motorway capacity. These vehicles will have the pre-requisite technology by way of sensors, real-time data updates to incidents reported ahead, coupled with automated braking systems. These will all act as multiple layers of protection preventing further accidents. Using the hard shoulder in this hybrid model lays the foundation for a future of truly smart motorways.

A new ‘Flexi-smart’ lane could be enhanced with the technology-led method of platooning. Platooning is an innovative method that improves the safety and efficiency of vehicles whilst also improving traffic congestion and limiting fuel emissions. Platooning involves changing the way trucks drive.

By having them succinctly drive in close proximity of one another with the use of radar and magnet technology, you create a safer, more uniform entity. It would be an entity that is also better able to slow down or stop in concert throughout the convoy. It is another example of the type of new capability possible by adopting the real-time flow of data across systems, devices and vehicles.

The government could also use this opportunity to take steps around encouraging the development of green solutions such as eHighway technology. This relates to providing overhead electricity supply similar to trams, but on a highway lane instead, creating a green and climate-friendly solution to our motorway haulage challenges.

eHighway technology with its overhead lines, held up by roadside masts, transport energy directly to specifically equipped trucks. This side-steps the current immaturity in terms of battery storage capacity and lack of charging stations that discourage electric vehicles for long-distance haulage.

The role of real-time

To ensure the success of these radical methods, the access and transfer of data needs to become real-time. A common way to achieve this is by embracing what’s known as event-driven architecture. In this context, an event is any data change that occurs within a system. The overhead red ‘X’ appearing on a motorway would be an example event generated as soon as a breakdown is detected or reported.

Event-driven architecture ensures that the information of such events are sent and connected to all systems and people that need it in a real-time manner. If this doesn’t occur, data fails to be actionable, or representative of the true state of the world at that point in time.

Moving to real-time data strategies is not just useful for the automotive industry. They have been adopted already in a wide range of industries such as capital markets, retail, logistics and aerospace.

When dealing with the contentious issue of smart motorways, one must remember why they exist in the first place, created to enable more reliable journeys while reducing emissions. Currently, this is not the case. However, through real-time data management and technology innovation, the government can start implementing the solutions needed to improve efficiency and ensure the safety of British motorists.

The author is Jamil Ahmed, distinguished engineer at Solace.