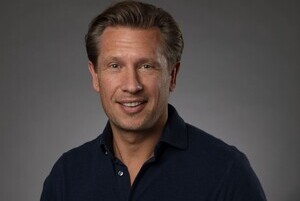 Rook will lead operations for 1NCE, which recently received a $50 million investment by SoftBank and Deutsche Telekom, as the company makes aggressive expansion plans in the United States and Asia. Additionally, he will lead 1NCE’s engineers developing the company’s next level of Internet of Things (IoT) software.

“Ivo is a true thought leader and has been at the forefront of IoT since the technology first hit the market. His experience and leadership are unparalleled, and we’re thrilled to have him lead our ambitious global goals as we expand into the United States and Asia,” says Alexander P. Sator, CEO of 1NCE.

Rook is recognised in IoT who has worked for major telecom operators as well as in private equity. His unique skillset will help 1NCE analyse the global IoT market and choose the best possible investments.

“More than 70% of all IoT projects have international requirements, and 1NCE is well suited to serve these global customers with integration of multiple networks and bearers. A cloud-native IoT software platform with in-house development, industry-leading pricing, and partners like Deutsche Telekom and AWS add up to the perfect combination for IoT applications,” says Ivo Rook, COO of 1NCE.