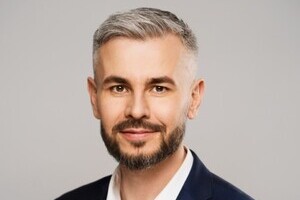 Paris – SatRevolution S.A., a Polish developer and manufacturer of nanosatellites and nanosatellite technologies, announced that it has secured Series B funding from Virgin Orbit, the US-based responsive launch and space solutions company that has announced a planned business combination with NextGen Acquisition Corp. II. The Transaction values SatRev at approximately $150 million (€132.76 million), and will support SatRev’s business development.

The Transaction, signed at World Satellite Business Week, follows a strategic partnership established by SatRev and Virgin Orbit in June this year under which both companies seek to develop business applications for the use of nanosatellites.

SatRev has to date launched two satellites with Virgin Orbit as part of the LauncherOne Tubular Bells: Part One mission. Two more SatRev satellites are awaiting launch as part of Virgin Orbit’s Above the Clouds mission launching next month. SatRev and Virgin Orbit plan to jointly offer up to 500kg of hosted payload services on LauncherOne rockets, turnkey solutions for rapid deployment of space services, and much more.

“The world needs Earth Observation data with higher revisit rates at more affordable prices, and SatRev will address that need,” says Grzegorz Zwolinski, co-founder and CEO of SatRev. “After four years of research and development by multi-disciplinary teams of scientists and engineers, we are ready to go to market. Our partnership with Virgin Orbit will help us to develop critical relationships with existing and new customers and to give us speed, momentum and the resilience to deliver over the long term.”

The total addressable global market for weekly mapping services could reach $140 billion (€123.91 billion) by 2026 according to Euroconsult. The key to successfully entering this market lies in the ability to monitor Earth at a high resolution, at a high frequency and at an accessible price. SatRev and Virgin Orbit intend to jointly address this market.

“Small satellites are now doing heavy lifting across the space sectors and as the technology has grown globally SatRev has been moving innovation forward at pace,” says Dan Hart, CEO of Virgin Orbit. “With our continued collaboration, Virgin Orbit and SatRev will drive capabilities into new markets, enabling applications for Earth observation and more applications that yesterday were only dreams. Working together, we will continue Virgin Orbit’s mission of opening space for good.”

SatRev’s current customers and partners include innovators from around the globe, such as SkyWatch, Spiral Blue, Neumann Space, SkyServe, UP42, AIKO, and many more. In addition, many companies are currently testing the use of SatRev’s technologies for different uses. SatRev’s current pipeline of contracts exceeds $50 million (€44.25 million) and it has already secured a backlog of orders to the value of approximately $18 million (€15.93 million).

The Transaction announced is expected to complete by the end of the first quarter of 2022. The total Series B fundraise is estimated to close at $30 million (€26.55 million). All existing shareholders and investors in SatRev will continue to hold their equity, and current SatRev shareholders will remain the majority owners of the Company at closing.