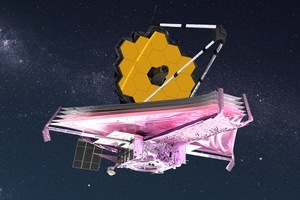 An international partnership with ESA and the Canadian Space Agency, JWST will succeed Hubble Space Telescope as NASA’s premier space observatory for the next decade. Once operational, the infrared telescope will extend Hubble’s discoveries to help scientists understand all phases of cosmic history and search for signs of possible habitability among thousands of recently discovered exoplanets.