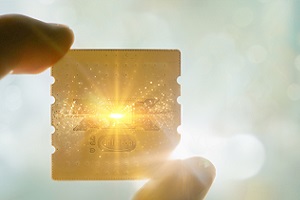 Munich, Germany. 15 February 2022 – Infineon Technologies AG is strengthening its commitment to the development of quantum computing technologies in Germany and Europe. In addition to previously established initiatives and partnerships the chip manufacturer is participating in six additional research projects which are being funded as part of the German federal government’s economic stimulus package for the future of quantum technologies.

In partnership with research institutes and partners in industry, Infineon will contribute its expertise in microelectronics and industrial manufacturing as well as its experience in application relating to future quantum computers.

Quantum computers can elevate possible computing power to previously unattainable levels. The computers are to quickly perform tasks which would take years to complete even for high-powered supercomputers using today’s technologies. This will accelerate for example the development of medications or chemical catalysts by simulating processes on a molecular scale. The computing power can also be used to optimise highly complex processes in logistics and thus to make supply chains more robust. But technical hurdles still need to be overcome before quantum computers can be made relatively lightweight and user-friendly.

“Infineon sees quantum technologies as a major opportunity in global competition, since they constitute a completely novel development,” says Reinhard Ploss, CEO of Infineon. “We are still a long way from deciding which technological path will make the fastest progress possible and which applications will be successfully handled by quantum computers. Infineon is therefore conducting research on a variety of approaches. By participating in the new projects we will widen our footprint along the entire quantum technology value chain, from hardware and software to industrial production and even application. The close cooperation in these projects will accelerate the pace of development and will establish the basis for a successful future.”

The objective of the research projects is to overcome obstacles in the use of quantum technology. Here demonstrators are to be constructed, electronic control is to be integrated and software for the use of quantum computers is to be developed. The challenges are still large in all areas: The development of applicable quantum computing involves more than simply providing more and better qubits for calculations. It also calls for a holistic approach that takes peripherals, software and applications into account, in addition to hardware. Infineon is contributing its experience with scaling and manufacturing in the various different fields and will investigate possible application cases.

The individual projects in detail:

Quantumcomputing: Key technology of the 21. century