Home › Blogs › How to measure IoT scalability in the real world 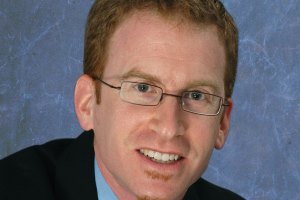 Everyone loves a scalable product. When you purchase a new laptop, car, or movie-streaming service, scalability might be one of your criteria. For example, does your new laptop have the memory and RAM to handle your future work-related requirements? Does your automobile have enough seats to hold your growing family and all of its trappings? Does your movie-streaming service allow you to add accounts to your plan for your soon-to-be teenagers?

Scalability is specific to the use case you’re trying to address. This is certainly the case in IoT where scalability is highly use-case specific, says Steve Hilton, co-founder and president at IoT analysts MachNation. For example, the scale of a typical smart parking meter solution is markedly different from the scale of a smart factory robotics solution. And the technology and implementation used to support these end-to-end IoT use cases must be built and tested to handle their relative scales.

As a company that does end-to-end IoT performance testing, MachNation has to accurately define KPIs and conduct tests to measure scalability so enterprises with concerns about their IoT solutions’ growth can find bottlenecks in their use cases before their customers do.

Let’s look at two areas though there are many more where enterprises test for and validate IoT scalability. Along the way, we’ll discuss five IoT scalability KPIs and view some actual test results from end-to-end IoT performance testing using MachNation Tempest.

It’s essential that an enterprise’s end-to-end IoT solution can support its required level of device scalability. To ensure this, enterprises must test at least two major IoT workflows although there are clearly more.

So, let’s look at an example of scalability testing of the provisioning workflow. What’s an acceptable length of time to provision 500,000 LPWAN devices? A platform might be built to securely provision one device every 2 seconds. While this sounds fast, it would take over 11 days to provision all 500,000 devices and this assumes no failures or errors in the process. A similar OTA update for 500,000 devices might run for months on a poorly designed IoT platform, because the rate to perform a software update is much slower and the computational requirements much higher than device provisioning.

Enterprises must collect data about their IoT solution’s scalability in order to improve platform performance. And to be fair, it has been very difficult to collect this kind of granular data. However, using appropriate IoT performance testing tools, an enterprise can simulate 500,000 LPWAN devices and have them try to connect at varying rates from 1 per second to 1000 per second or more. During the test the enterprise would capture, analyse, and visualise the provisioning failure rates (i.e., the number of devices that failed to provision) and actual provisioning speed (i.e., how long it really took each device to connect). These metrics would allow the enterprise to find and quantify provisioning bottlenecks and help engineering teams improve device scalability for their IoT solutions.

There are three measurements of message scalability for enterprise IoT solutions.

To help an enterprise or solution provider improve message scalability, an enterprise should conduct IoT performance tests where large numbers of simulated IoT devices are sending typical IoT data to an IoT platform at 500 messages per second and linearly increase the message scalability through 2500 messages per second or more. MachNation recommends running the simulation for several hours or days, capturing all data on message failure rates and latencies for every second of the test, and visualising the test results on a set of dashboards. This allows an enterprise’s engineering team to find, quantify, and fix IoT solution bottlenecks and failure points, thereby increasing message scalability and solution quality.

The author is Steve Hilton, a co-founder and president at MachNation.