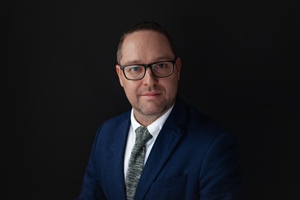 Gothenburg, Sweden. 25 April 2022: According to a new research report from the IoT analyst firm Berg Insight, the number of active fleet management systems deployed in commercial vehicle fleets in South Africa reached an estimated 2.0 million in Q4-2021. Growing at a compound annual growth rate (CAGR) of 12.6%, this number is expected to reach 3.6 million by 2026.

South Africa is a relatively mature telematics market and the penetration is comparably high from an international perspective. Far from all deployments are however full-scale advanced FM solutions. A notable share of the installed fleet telematics systems on the South African market is represented by comparably low-end tracking systems, e.g. light FM solutions, including SVR systems extended with basic FM features.

“The South African fleet management market is clearly dominated by five domestic players with broad telematics portfolios, collectively representing 70% of the total number of fleet management systems in use in the country”, says Rickard Andersson, principal analyst, Berg Insight. He adds that Berg Insight ranks Cartrack and MiX Telematics as the largest providers of fleet management solutions in South Africa. Cartrack alone has more than half a million active FM units in the country. “The remaining top-5 players are Tracker, Netstar and Ctrack”, continues Mr. Andersson. Other top-10 players on the South African fleet management market include local vendors such as Bidtrack (Bidvest Group), Digicell and GPS Tracking Solutions (Eqstra Fleet Management), as well as international players including Webfleet Solutions (Bridgestone) and Gurtam.

Northern Africa is comparably advanced and well ahead of Sub-Saharan Africa when it comes to fleet telematics penetration, though still quite a bit behind South Africa. The African fleet management market beyond South Africa is by many industry representatives described as challenging though certainly also promising for several reasons. The weak economic conditions and foreign exchange rate fluctuations in combination with the unstable political climate make the Rest of Africa market a challenging business environment overall. There are however promising prospects for players adapting to the local market dynamics as the Rest of Africa market has considerably more untapped opportunity than what South Africa can offer at this stage.