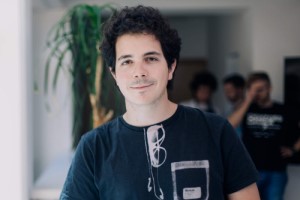 The Ukrainian-based startup, founded by ex-engineers from Google, Cloudflare and Lyft, teamed up with pan-European space-tech provider Open Cosmos to power the launch of low Earth orbit (LEO) satellites.

A scalable solution for critical infrastructure fit for the stars

Finding an appropriate monitoring solution is a challenge for all rapidly scaling organisations. This was an especially pressing problem for Open Cosmos, whose expansion plans extend beyond the planet itself. The space mission service company which provides satellite constellation design and satellite manufacturing, testing, launch and in-orbit exploitation, needed an application that could provide insight into the data powering its numerous satellites.

After testing multiple tools, Open Cosmos opted for VictoriaMetrics, and integrated the open source platform into its tech stack for its mission-critical satellite control and data distribution platform. VictoriaMetrics was selected for its functionality, flexibility, and compatibility with the company’s myriad of tools including its interoperability with the Prometheus API.

VictoriaMetrics was the only solution allowing the space team access to all the telemetries they needed to make sure satellites remain healthy by storing, querying, and providing alerts on a range of key ground metrics generated by the mission control software itself. The Open Cosmos team also leveraged VictoriaMetrics’ vmagent which enables them to ingest metrics from satellites and ground equipment scattered across different labs and test facilities, before uploading them to the mission control software. VictoriaMetrics offered the flexibility to monitor not only the spacecraft, but also ground systems such as the recently announced DataCosmos.

Pep Rodeja, ground segment technical lead of Open Cosmos, says, “The health of our customers’ space assets is highly important, and VictoriaMetrics’ monitoring is crucial for ensuring our satellites remain healthy, playing an indispensable role in powering our satellite alert system. We needed an easy to use solution to seamlessly apply our knowledge about operating servers to the space sector as scale. The fact that VictoriaMetrics is completely open source has been a massive benefit too, allowing us to fork the technology to space-specific problems far beyond our initial expectations.”

A landmark year for VictoriaMetrics

The last 12 months have seen unprecedented growth for VictoriaMetrics, as it continues to provide solutions to meet the explosive growth of use cases involving time series data and the complexity of monitoring which comes with this demand.

In April, the company announced its open source products had exceeded 50M downloads, including one million GitHub downloads.

Taking edge computing to the skies

According to Frost and Sullivan projections, about 90% of industrial firms will be using edge computing, data analysis, and solution development at data generation sites by the end of the year.

The addition of Open Cosmos to its user base consolidates VictoriaMetrics in the edge computing market as it constantly improves its infrastructure, adding new features and facilitating fast edge computing in the new frontier of space.