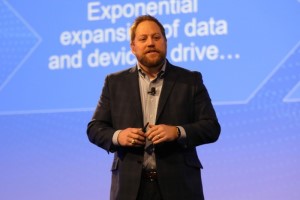 Fort Mill, S.C. & Pittsburgh, 2 August 2022 – EPIC iO, a technology specialist in applied AI + IoT (Artificial Intelligence and Internet of Things), has announced a new enterprise biosecurity solution portfolio targeting global food safety and spoilage, healthcare, and public transportation. Developed in collaboration with several US academic institutions, the solution portfolio will have a transformative effect with sustained pathogenic neutralisation, and a positive environmental impact through the reduced use of harmful chemicals.

This week, Epic iO will showcase its Biosecurity – Food Safety and Quality solution powered by AI and IoT in Booth 1132 at IAFP, held in Pittsburgh through Wednesday Aug. 3 at the David L. Lawrence Convention Centre. The IAFP Annual Meeting is attended by more than 3,800 of the top industry, academic and governmental food safety professionals from six continents.

The suite of biosecurity solutions combines autonomous AI and IoT with edge and cloud computing for power and resilience. The first iteration of the solution inactivates pathogens by delivering carefully timed micro-doses of FDA-approved ozone and ultraviolet irradiation. Subsequent versions are set to incorporate additional evolving technologies, under the command and control of EPIC iO’s open AI + IoT platform, DeepInsights.

Addressing global food safety and spoilage is a primary focus, particularly where fresh produce spends most of its lifein cold storage and transport. Currently, refrigeration plays a critical but passive role by inhibiting the growth of microorganisms. With EPIC iO’s innovative technology, chilled produce is bathed in a “sustained modified atmosphere” for hours, days, or even weeks, delivering a dry and non-thermal approach that complements refrigeration and provides continuous active disinfection that destroys pathogens and inhibits their growth and that of spoilage microbes. In contrast, chemicals have a temporary residual effect, leaving the produce vulnerable to cross-contamination.

EPIC iO’s automated and data-driven solution continuously monitors the progress and results for maintaining the integrity of the chain of custody, regulatory compliance auditing and reporting, with manual swab readings being uploaded to quantify impact. DeepInsights’ AI constantly mines each customer’s growing data lake for unexpected patterns which could be indicative of a sudden change in pathogenic loads.

“The potential to fundamentally transform global food safety profoundly excites me,” says Ken Mills, CEO of EPIC iO. “AI and IoT could put a major dent in the 1.8 billion tons of global food waste annually, and that’s on top of the massive potential wellness impact in healthcare and public transport.”

According to the UN, food loss at the agricultural level disproportionately affects developing nations, whereas more is lost at the retail and consumer levels in middle and high-income regions. The EPIC iO solution will also increase shelf life and improve product quality without the use of additives the only residue is pure oxygen.

Nelson Caldera, chief food safety consultant at ProcKeep, one of EPIC iO’s biosecurity partners, emphasized the human and environmental impacts. “Refrigeration never killed microbes,” he says. “EPIC iO does. Combining them means farmers, food processors, and carriers can now exceed their food safety and compliance targets using just air and electricity instead of expensive and harsh chemicals that ultimately taint the produce and make it more challenging to transport, use, and dispose of, but until now there has been no option.” 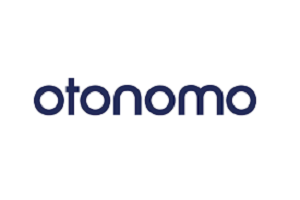