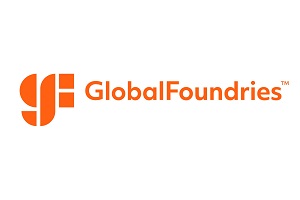 The announcement was made in Washington D.C. at a CEO Summit co- hosted by GF, Ford Motor Company, and Applied Materials, which included National Economic Council director Brian Deese, Under secretary of Defense for Acquisition & Sustainability William LaPlante, and National Security Council senior director for technology & national security, Tarun Chhabra underscoring the importance of domestic manufacturing to national and economic security. The Summit included CEOs and senior leaders from across the semiconductor supply chain from tool and wafer manufacturers to key suppliers to end users of chips manufactured in the U.S.

GF has been manufacturing Qualcomm Technologies’ feature rich, high-performance chips for many years, reaching across its global footprint. In 2021, Qualcomm Global Trading Pte. Ltd (QGT), a subsidiary of Qualcomm Technologies, was one of GF’s customers to secure their supply with a long-term agreement covering multiple geographies and technologies. That agreement secured 22FDX capacity at GF’s Dresden facility and will now include capacity at GF’s recently announced facility in Crolles, France, making QGT an anchor customer in GF’s European proprietary technology. QGT has also secured capacity in GF’s 8SW radio-frequency silicon-on-insulator (RFSOI) technologies for sub 6GHz 5G front-end module (FEM) which will be primarily manufactured in GF’s Singapore facilities, where site expansion plans are well underway with full ramp expected in early 2023.

The announcement specifically extends QGT’s U.S. based collaboration with GF in FinFET for 5G transceivers, Wi-Fi, Automotive and IoT connectivity. GF’s FinFET platforms provide a combination of performance, power and area that are well-suited for high-end Mobile, Automotive and IoT applications.

“This is terrific news for GlobalFoundries, Qualcomm Technologies and for upstate New York. Just days after we passed my historic, bipartisan CHIPS & Science bill, we can already see the semiconductor industry reinvesting in the United States. This deal to 2028 proves what we have always known – that the industry will grow here when we are competitive with Asia and Europe.  With major new federal incentives for microchip manufacturing in the U.S., I look forward to many more announcements like this to come,” says Senate majority leader Chuck Schumer.

“With accelerating demand for 5G, Automotive and IoT applications, a robust supply chain is critical for ensuring innovation in these areas remains uninterrupted,” says Roawen Chen, senior vice president and chief supply chain and operations officer, Qualcomm Technologies, Inc. “Our continued collaboration with GF helps us to expand the next generation of wireless innovation as we move toward a world where everyone and everything can be intelligently connected.”

“GF’s global manufacturing footprint enables us to partner with our customers to meet their capacity needs, where they need it,” says Thomas Caulfield, president and CEO of GF. “Our collaboration with Qualcomm Technologies delivers differentiation and innovation in mobile and IoT spanning three continents, and this long-term agreement extension provides Qualcomm Technologies with additional U.S. based manufacturing for a more resilient supply chain.”

“Today’s announcement from our CEO Summit in Washington, D.C. secures Qualcomm Technologies as a key long-term customer through 2028 in our most advanced fab in upstate New York, which together with U.S. CHIPS and state funding, will fuel expanding GF’s U.S. manufacturing footprint. We applaud the bipartisan efforts and leadership demonstrated by Senator Schumer and the incredible support of Commerce Secretary Raimondo to bring back chip manufacturing to America,” adds Caulfield.

The global demand for semiconductors is growing at an unprecedented rate, and GF is responding to this growth through a series of strategic long-term agreements with existing and new customers and simultaneously expanding global capacity to meet customer demand in partnership with federal and local governments. The announcement with Qualcomm Technologies is an important step consistent with this collaborative model.