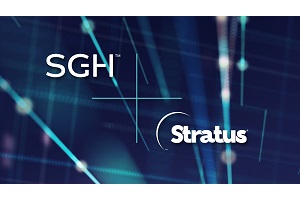 Milpitas, United States – SMART Global Holdings, Inc., announced that it has completed its previously announced acquisition of Stratus Technologies, a global provider in simplified, protected, and autonomous computing solutions in the data centre and at the Edge.

“We are excited to welcome the global team members at Stratus to our SGH family. We see significant opportunity to expand our portfolio of innovative computing solutions and services with the combination of Stratus and our intelligent platform solutions group,” says Mark Adams, president and CEO of SGH. “This transaction is yet another milestone in our transformational journey and provides a platform of growth for our customers, partners, employees, and shareholders.”

Stratus will continue to be led by Dave Laurello, who has been president and CEO of Stratus since 2000, and will now also serve as SGH’s SVP of corporate development. In this new combined role, Dave will work closely with SGH’s CEO, Mark Adams, and the president of IPS, Thierry Pellegrino.

As previously announced, the purchase price payable at the closing of the transaction was [$225 million (€226.88 million)], subject to customary working capital and other adjustments. Also, SGH will be obligated to pay contingent consideration (if any) of up to [$50 million (€50.42 million)] based on the gross profit performance of the Stratus business during the first full 12 fiscal months of Stratus following the closing. The transaction is expected to be immediately accretive to non-GAAP gross margin, non-GAAP EPS and free cash flow.

SGH will provide an update on the Stratus acquisition during its next quarterly earnings call, which will be held in October for the company’s fourth quarter and fiscal 2022 financial results. Details on the schedule and dial-in information for the webcast will be released at a later date.

On August 29, 2022, SGH completed an incremental amendment (the “Incremental Amendment”) to its existing credit agreement, dated as of February 7, 2022, with the lenders party thereto and Citizens Bank, N.A., as administrative agent, collateral agent and an issuing bank (as amended by the Incremental Amendment, the “Amended Credit Agreement”). The incremental amendment provides for, among other things, incremental term loans under the Amended Credit Agreement in an aggregate amount of [$300 million (€302.51 million)], with the same terms as the term loans incurred under the original credit agreement (the “Incremental Term Loans”).

Substantially simultaneously with entering into the incremental amendment, the borrowers applied a portion of the proceeds of the incremental term loans to (i) finance a portion of the closing purchase price for Stratus and (ii) pay in full the amount of [$101.8 million (€102.65 million)] outstanding under that certain Promissory Note, dated as of June 24, 2022, between CreeLED, Inc. and Wolfspeed, Inc.

The amended credit agreement matures on February 7, 2027. Loan interest will be based on a total leverage ratio grid and will initially bear interest at the term secured overnight financing rate (“SOFR”) plus 2.00% in accordance with SGH’s existing pricing grid at the closing of the acquisition.