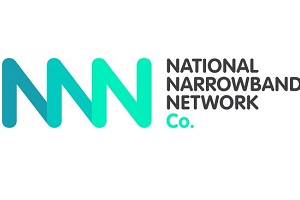 The Internet of Things (IoT) has matured rapidly over recent years, enabling cities, businesses and organisations around the world to use technology to improve operational efficiencies, increase productivity, and reduce energy and water consumption, thus making a positive impact on the planet and communities.

The City of Gold Coast was visionary and built Australia’s city-owned commercial-grade Low Power Wide Area Network (LPWAN), with the capability to support more than 600,000 IoT sensors and real-time management tools. On 31st August 2022, NNNCo is officially launching the LoRaWAN network to the City of Gold Coast’s community and is inviting businesses, organisations and governments to reach out to NNNCo and explore how they can benefit from the Internet of Things.

The network is leveraging globally-adopted open standard LoRaWAN technology, the fastest growing technology in the world. The IoT LoRaWAN network was rolled out and is operated by NNNCo, National Narrowband Network Co, the 100% IoT Telco. It covers the entire Gold Coast Local Government Area (LGA), across 1,300 square km.

The City of Gold Coast was recently recognised on the world stage at the July 2022 Global LoRaWAN World Expo in Paris, as one of the world’s leading smart cities. Businesses and organisations on the Gold Coast can be at the forefront of emerging technologies by connecting to LoRaWAN and deploying IoT use cases to benefit their operations.

Mayor Tom Tate says, the City was focused on creating a smart and connected city, “We aimed high when embarking on this project as we want to become the most connected, liveable and efficient city in Australia. Today, we have the nation’s largest city-owned IoT networks using LoRaWAN technology. It has the potential to transform businesses and even education”.

“This allows us to achieve fantastic community outcomes such as linking school speed signs to the network and monitoring our City smart water metres which to date, have detected around 11,000 minor water leaks. This saves the community money and saves council time.’’

Rob Zagarella, CEO and co-founder of NNNCo says, “The NNNCo team is proud to be partnering with the City of Gold Coast and to officially launch the LoRaWAN network to the broader business community today. Businesses can now engage with NNNCo to access the network, which covers the entire 1,300 square km of the City of Gold Coast and has the capability to support more than 600,000 IoT sensors”.

“We are excited by the smart water and smart city outcomes already realised. The City’s leadership team was visionary from the start and their successes demonstrate that LoRaWAN is a mature technology ready for scale. The adoption of IoT is accelerating around the world, driven by the convergence of IT and OT, the rise of AI and big data and lower costs of technology’.

He adds, “IoT solutions deliver proven benefits and return on investment to multiple industry verticals, such as construction, property, manufacturing, utilities, film & screen, transport & logistics, and environmental services. It is now time for businesses and organisations in the Gold Coast to embark on their digital transformation and adopt the Internet of Things and LoRaWAN to increase their productivity, reduce their costs and improve operational efficiencies and sustainability.”

Contact the NNNCo team to start your IoT journey here.