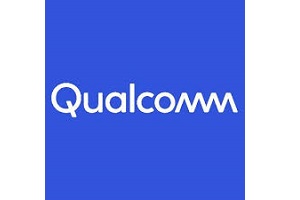 San Diego, United States – The connected vehicle technology known as cellular-vehicle-to-everything technology (C-V2X) holds the potential to deliver transformational benefits in road safety, enhance environmental sustainability, and create new jobs in the U.S., Qualcomm Incorporated  asserted in a new white paper, C-V2X: A new era of smart transportation in the United States.  The new report describes the groundbreaking power of C-V2X and raises the issue that regulatory delays have hindered its deployment.

C-V2X is designed to allow vehicles to communicate with other vehicles, infrastructure, and vulnerable road users – such as pedestrians and cyclists – without the involvement of a cellular network.

Implementing C-V2X and wireless technologies in transportation will bring about enormous benefits to the public interest, such as reducing roadway incidents and improving trip planning, transportation mode choice, and traffic efficiency – all of which will inevitably lead to lower fuel consumption. Examples of these benefits include real-time route guidance to bypass congestion, adjusting vehicle dynamics for optimal speed with less braking and idling for better fuel use, and personal mobility services for additional travel options.

The expected benefits from C-V2X also include:

“When vehicles are connected to everything around them, drivers and infrastructure can communicate to make travel safer – reducing crashes, cutting congestion, and lowering emissions,” says Jim Misener, senior director of product management, Qualcomm Technologies, Inc. “Due to its many societal benefits, automakers and the public sector are showing strong interest in deploying C-V2X.”

“The economic benefits will be substantial,” says Kirti Gupta, vice president for technology & economic strategy, Qualcomm Incorporated. “C-V2X will create an estimated 120,000 U.S. jobs in developing new products, applications, services, and smart infrastructure. These benefits will flow to people across all economic sectors, geographies, and skill levels, but can only begin to be realised once FCC grants the pending waivers, which the automotive industry overwhelmingly supports.”

The white paper calls on the federal government to draw up a national C-V2X deployment plan and urges the Federal Communications Commission (FCC) to approve waiver requests for the implementation of C-V2X in the 5.9 GHz band. The report notes that automakers, state departments of transportation, metropolitan planning organisations, and local agencies are eager to deploy connected vehicle technology. But progress towards C-V2X in the U.S. has been stalled by regulatory impediments. Meanwhile, other countries are increasing investment in this critical technology.

“The infrastructure investment and jobs act (IIJA) provides a once-in-a-lifetime opportunity to modernise our nation’s infrastructure, with more than [$1 trillion (€1.04 trillion)] in federal funding for projects that incorporate new and innovative technologies,” Gupta says. “State, regional, and local governments must think creatively about how to use this funding to implement C-V2X.”

Read the white paper and learn more about how Qualcomm and C-V2X technology revolutionise transportation here.