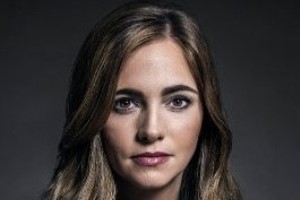 Zaragoza, Spain. 4 October 2022 – Smart cities are still very much in their infancy but have the potential to transform the way citizens interact with their urban areas. That is  according to the first in a series of whitepapers bringing together global experts in Internet of Things (IoT) technology. The Connected Human Report: Smart Cities and Their Future draws on the expertise of several IoT experts from Europe and America to examine how mature the smart cities sector currently is, the challenges faced by digitally transformed municipalities, how data is being used and how accessible it is to ordinary citizens, and the next steps local authorities can take to realise the potential of IoT enabled jurisdictions.

The Connected Human is a new series of whitepapers exploring how digitalisation will change the way we live our lives. Instead of merely connecting devices and sensors, IoT has the potential to connect entire industries and cities. Each reportassesses the current state of IoT across a number of different verticals and draws on industry experts to look at what needs to happen for connected technology to take the next steps toward a digital future where sectors and cities are linked by technology, improving the way in which we live, work, shop and socialise.

Frost & Sullivan predicts that spending on smart city technology is expected to reach $327 billion by 2025, however projects such as intelligent traffic management and e-governance still face a number of challenges before they can reach their full potential. Key insights and recommendations from the first The Connected Human Reportinclude:

Alicia Asin, CEO and co-founder of Libelium, the company behind this first paper, says, “This is a landmark report in the smart cities sector, bringing together insights from across Europe and North America to take a hard look at how we can unlock the potential of digitalised, interconnected places to live. The global cities of the future will be the places where people want to live, and where life is made easier with the aid of smart technology, but municipalities need to get the foundations right now in order to realise the power of IoT in local services. If we get IoT right, we can empower local decision makers and citizens with data and automation to make their local areas the best they can be.”

Connected Human Report: Smart Cities and Their Future draws on three smart cities experts: Alicia Asin, founder and CEO of Spanish IoT specialists Libelium, has nearly two decades of experience in the IoT and smart cities sector. Alicia was the first woman to receive the National Young Entrepreneur at the 2014 meeting of the Spanish Confederation of Young Entrepreneurs, and is a regular speaker at smart cities conferences across the world, including at the World Economic Forum.

Daniel Nieto is the general manager, Chile of Convergia, the Pan-American value-added distributor of connectivity solutions. Daniel has over three decades of experience in the IoT sector, and is an expert on aquaculture and enabling municipalities with strong ties to living waterways to improve their services through digitalisation. Karin Marchiori is the team leader for IoT Solutions at Allnet.Italia, a European specialist in IT, telecommunications and security solutions for SMEs and public administration. Karin has over a decade of experience in IoT for smart cities and public administration, with a particular focus on pollution management.

The Connected Human Report is a series of whitepapers from Libelium, the Spanish IoT specilaists, that brings together IoT experts to explore the maturity of digitalisation and connected technologies in a range of different sectors. Each report will evaluate how digitally mature a specific sector is, what challenges digital projects have faced in those sectors and what a digitally connected future could look like.