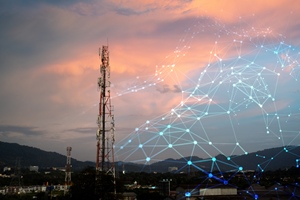 As 5G continues to roll out globally, the end of 2G and 3G is drawing near. When it does, it will have an impact on IoT deployments using those technologies. Here we explore what enterprises need to know about the closing of 2G/3G networks and how best to prepare, says Martin Whitlock, chief technology officer at Telenor Connexion, Telenor IoT.

With 4G and 5G being steadily deployed globally, the process of retiring 2G and 3G networks is well underway in many countries and regions. The timing for the network shutdowns varies for each country and operator and is either decided by the local regulator, looking to free up valuable spectrum resources, or by the mobile network operator, when there is no longer enough legacy traffic to justify continued operation.

2G networks typically have been in commercial operation for more than three decades and have offered an unparalleled platform for deploying national and international high-quality IoT solutions. Many IoT solutions have long lifecycles often of a decade or more which means there are still large volumes of devices that are 2G-only. Therefore, action needs to be taken to ensure continued operation of IoT applications as 2G and 3G networks are being sunset.

Decommissioning of 2G and 3G has been initiated and/or completed in some parts of the world, for example, in the US and Australia. Other locations have widely differing sunset dates, such as the end of 2025 for most of Europe. In the longer term, 2G and 3G networks will eventually be decommissioned everywhere so this is an issue that can’t be avoided.

The pace of second- and third generation mobile network shutdowns is highly fragmented geographically and is dependent upon individual market characteristics but increasing numbers of 2G and 3G sunset dates are being published. The number of shutdowns is set to increase. GSMA Intelligence data predicts that more than 55 2G and 3G networks will be closed between 2021 and 2025 but the two technologies will not necessarily be retired at the same times and, in some markets, 2G is expected to continue in operation for a decade or more as specific services, such as mobile payments in Africa and vehicle emergency calling (eCall) in other markets, depend on 2G. In these scenarios networks are likely to continue to operate for an extended period.

When will 3G be phased out?

3G phase out has been planned for many years and 3G networks are already shut down in several countries. Typically, these markets have universal 4G coverage and are advanced in their roll-outs of 5G so it has made sense to retire 3G and reassign spectrum to the newer technologies.

Europe has seen more sunsets in 3G than 2G so far, with the region’s operator turning off its 3G network in 2015 in Denmark. A total of 19 operators in 14 nations plan to switch off 3G by 2025, whereas only eight operators in eight countries are planning a 2G switch off by same time, reports GSMA Intelligence, although these numbers are growing regularly as operators reveal their plans. The 3G shutdown in Europe is well-detailed with most networks publishing their 3G sunset date.

There is a new trend in Europe where some operators are extending the time they plan to have 2G up and running. One example is in the UK where the date for sunset was set to 2025 but our latest info has seen these dates being extended because the UK government has come to an agreement with the UK mobile operators that they continue operation of their 2G networks for the coming years.

Status in Africa, the United States, and Asia

How to minimise the sunset effect on customers

Once a 2G or a 3G sunset takes place devices that are built for 2G or 3G will become completely inoperable. This will lead to customers suffering and this may also happen when a service transitions to an alternative network technology. The move will involve new software and hardware and cause downtime, even in phased roll-outs so careful planning is essential to minimise impacts on customers and on the service and business reputation.

There are many examples of transitions that have not gone smoothly. One municipal transport system in San Francisco experienced a fortnight of business interruption because it relied on the 2G network beyond its sunset date, even though it had been given five years of notice of the upcoming sunset.

This highlights the complex inter-relationships in IoT between network, hardware and software and demonstrates that moving on from 2G and 3G is not always a simple upgrade path.

How to avoid headaches

A first step should be to review the installed base to understand what devices need to be upgraded and to create the right strategy for cost efficient transition.

Next, selecting sufficiently future-proofed hardware to improve the chances of benefiting from upcoming technical innovations should be a priority. There are several alternatives to 2G and 3G that are available or soon to be offered and the relative merits of these should be carefully assessed, alongside the likely software and hardware developer ecosystem – it’s not productive to choose a technology that nobody is developing devices or apps for.

Given that the shutdown affects a substantial number of currently operating devices, steps should be taken to prevent similar situations arising in the future. It makes little sense to migrate from 2G to 3G for this reason, so assess carefully the expected lifespan of the technology you select alongside the deployment duration you are planning.

Beyond the 2G and 3G Sunset

The sunset of 2G and 3G has not been an overnight, unexpected development and the cellular industry has created replacement technologies that offer good alternatives to common IoT connectivity needs. These take the form of 4G and 5G networks but also technologies that have been designed specifically for IoT devices. These technologies, narrowband IoT (NB-IoT) and LTE-M, were created to support the needs of IoT applications that are low cost, consume less data, have long battery lives and can operate in locations that are hard to reach, such as in remote areas or underground.

The capabilities will open up opportunities for new applications in agriculture, utilities, logistics and other industries. Moreover, as 2G and 3G networks are being phased out globally, NB-IoT and LTE-M are the apparent replacements because they will soon offer global solutions when networks are fully rolled-out. LTE-M, in particular, is an excellent alternative for moving devices, such as fleet tracking and it can support voice technology.

IoT use cases will move from old to new technology. As LTE-M meets or exceeds the technical characteristics of 2G/3G services, it appears to be a natural, evolutionary step. NB-IoT has lower responsiveness and limitations in mobility and may be relevant for use cases with lower data performance requirements but instead demands lowest possible power consumption and deepest indoor coverage.

LTE-M and NB-IoT will be the clear choices for industries looking for 2G and 3G replacements for their devices with long lifecycles that require extended device battery life and coverage. Both technologies are good choices for deployments with expected lifespans of a decade or more, but there are differences between them which makes each of them more suitable for some IoT applications than for others. The coverage of LTE-M and NB-IoT deployments may not, yet, be good enough everywhere, so enterprises may want to verify coverage in more detail and/or ensure their devices are compatible with existing technologies as a backup.