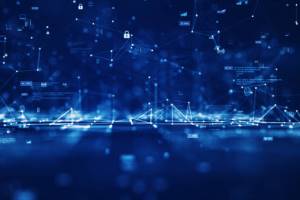 The IoT is diverse, with a broad range of devices and applications each with a cellular connectivity solution to match. By weighing up a range of factors, product designers can ensure they make the best connectivity choices to fit the IoT solution. That way, they optimise the in-life operation of devices once they have been deployed. Flexible connectivity is ideal for many installations and in this the eSIM, where it is appropriate, can help keep products agile, says Paul Bullock, head of MVNO, Wireless Logic.

What to consider for cellular connectivity

When designing for the IoT, consider:

The phasing out of 2G and 3G

A large number of IoT applications were designed to connect over 2G and 3G. These networks are now being phased out, in the case of 3G the switch off has already happened in many regions or is being planned to do so in the very near future. The main reason for this is that mobile network operators (MNOs) want to free up spectrum for next generation, cost efficient and greater revenue generating technologies.

Most companies with IoT deployments connecting via 3G will be far into their migration plans. 2G is slightly different in that it is a technology that has been entrenched in large deployments of machine-to-machine (M2M) and IoT connected devices especially across Europe and therefore there is indication that in many countries, 2G won’t be sunsetting until at least the end of the decade. Whilst that may seem far off, forward planning is critical for devices deployed for many years.

There are a range of 2G/3G connectivity alternatives, each with their own features. These should be weighed up to assess their suitability for a new IoT device in design:

This is best suited to stationary IoT devices that send small amounts of non-real-time data, are battery or solar powered and are in places where other technologies would struggle to get a signal. NB-IoT offers low hardware and operating costs, so makes long-term, mass deployments viable. It is battery efficient and can therefore support devices that stay in the field for a long time, such as sensors which have low and intermittent data throughput. NB-IoT has a strong signal penetration, in fact the deepest reach of any low LPWAN, so it can cope with basements or underground car parks if sensors or water meters, for example, are deployed below street level.

LTE-M (Cat-M1) can support a wide range of IoT applications, but is ideally suited to low power devices that require higher speed or two-way data transfers, such as those supporting voice or SMS services. It can be used by mobile, as well as stationary, devices as it supports cell to cell roaming.

However, some deployments would struggle with either NB-IoT or LTE-M for the coverage reasons already mentioned. Neither NB-IoT nor LTE-M is available on 4G and NB-IoT is not currently compatible with eSIM.

Where these limitations make LPWAN unsuitable, companies can consider:

Lower latency and higher bandwidth make Cat-1 a strong alternative for 2G/3G and it can support a wide range of IoT applications. It should be considered for low power IoT devices that require higher speed, two-way data transfers or mobility, and can support a three-to-five-year battery life or applications that use rechargeable batteries.

eSIM is an ideal technology for flexibility because it supports OTA provisioning of network operator credentials. That means the same SIM can be inserted into each device, regardless of where they are going, as connectivity can be provisioned later. That delivers the single SKU that is so important for operational simplicity, particularly for large international IoT deployments. This makes for simpler, more streamlined manufacturing processes and connectivity that uses local networks at local rates.

Plus, the eSIM makes in life network operator changes possible without the need to physically swap out SIM cards. That way, companies can take advantage of new commercial arrangements and attractive deals.

There are a range of considerations to take into account when designing IoT devices with cellular connectivity in mind. The devices themselves, the data they will exchange and the geographies they are destined for, will all play a part in determining the right cellular connectivity choice.

Network technologies are not forever, as companies who have completed, or are in the process of, migrations off 2G and 3G will know, therefore the lifetime of the technology standard is another factor to bear in mind. The benefit of some technologies is how flexible they are – the eSIM, where it is suitable, brings agility to IoT deployments. In all, an IoT connectivity platform provider will be able to advise on optimal cellular connectivity for each particular IoT use case.

The author is Paul Bullock, head of MVNO, Wireless Logic.