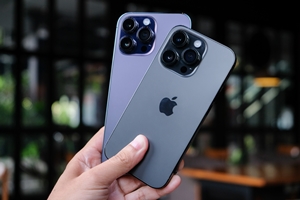 Did you hear that noise? The announcement that the iPhone 14 will be eSIM-only in the US sounds the death knell for roaming agreements, as the journey to plastic SIMs (subscriber identity modules) being replaced by electronic profiles continues, says Nir Shalom, CEO of floLIVE.

With an immediate impact on consumers, I believe this news is even more exciting for enterprises who work with Internet of Things (IoT) devices, and will accelerate the use of flexible, affordable, local connectivity around the world. Here’s how I see the change playing out.

What does the iPhone announcement mean for consumers?

Let’s start by understanding what eSIM-only means for consumer devices like mobile phones or wearable devices like smart watches and health trackers, the latter of which have already been eSIM-only for quite some time.

The main implication of Apple’s announcement is that consumers will now be able to master the process of downloading and managing electronic profiles. When they travel to a new country for example, they will be able to download a connection via a local operator, rather than pay their mobile network operator (MNO) for expensive roaming agreements owned by their home operator.

If this becomes common practice for other vendors as well as Apple, in phones with dual-SIM functionality consumers will be able to download this local connection as a second profile. This means they can still use their regular phone number for sending and receiving calls and SMS messages for example, and then rely on the second profile for data via local connectivity which tends to be the majority of consumer usage.

As the ability to use eSIM and download local profiles is already available in some higher end phone models, the use of eSIM itself is not the big news. However, as consumers are forced to use eSIM, they will learn how to more easily use this functionality. Suddenly, local connectivity will become very accessible to the individual.

A peek behind the curtain as MNOs make quick calculations

You might be wondering how MNOs feel about this shift. After all, they are used to consumers relying on their roaming agreements. The truth is, in many ways MNOs don’t have a choice.

By putting control in the hands of the consumers to download and manage their own connectivity, the following will happen; roaming costs will need to be reduced to remain competitive. However, practically speaking, for roaming to be profitable, it needs to be expensive enough to satisfy the margins of the home operator who handles the relationship, and the host operator in the roaming country. In contrast, local connectivity only needs to effectively line the pockets of one MNO. Simply put – roaming can’t compete with local connectivity.

This newfound control for consumers is going to force MNOs to expose their service, or die. The market is being pushed to use eSIM, and MNOs need to get themselves ready for this trend, as their competition certainly will.

Great for consumers, but perhaps best of all for IoT

So, we’re looking at a new dawn for the connectivity landscape, where consuming local profiles will be much simpler than it has ever been before.

While this trend is focused on the consumer, I believe one of the greatest beneficiaries will actually be IoT enterprises, who suffer the most from the current roaming status quo. To understand this, let’s look at the three approaches to global connectivity for IoT; working with multiple operators, utilising a global roaming SIM, and localised connectivity.

It’s hard to believe, but the most common method of connecting devices is still by creating relationships with multiple operators, sending devices to the relevant country, where they are given physical SIM cards. Every country where enterprises send devices will have a local agent who handles connectivity, and they will usually physically place a plastic SIM into the device.

Of course, this limits the control and visibility of the enterprise, who may or may not have a relationship with each of the MNOs, making troubleshooting, data access and application program interface (API) integration almost impossible. In every location in which the enterprise wants to send devices, they will have a different MNO relationship, opening multiple contracts, multiple APIs, and multiple modes of communication and support when problems arise.

While this is the method for many IoT use cases, for many global companies it just doesn’t work. They need data from the network (for troubleshooting purposes, as an example), they need to control the costs, they would prefer a single global contract in many cases, and they have no interest in ceding control. This approach will probably always exist to some extent, but let’s face it it’s hardly future proof.

The second most common option until now, has been roaming. Almost 100% of companies in the IoT space that deliver connectivity services to enterprises do it based on roaming agreements. and then there are also up and coming, more agile MVNOs (mobile virtual network operators) who may have 2, 3 or even 4 roaming connectivity profiles (or IMSIs) around the world. The combination of multiple roaming profiles may limit some of the challenges of roaming, for example offering GDPR-compliant solutions by keeping data within the EU, or improving performance and battery life by shortening the distance that data has to travel. However, ultimately roaming still comes with major challenges for IoT.

The host MNO gives the whole connectivity infrastructure and service, and yet only receives a fraction of the profit. Meanwhile, the home MNO who doesn’t handle the infrastructure takes the lion’s share of the revenue.

Compliance regulations are becoming increasingly complex, and roaming relies on data being sent out of the country where it’s generated. You may think you’ve got it covered, but what is compliant today may not be tomorrow.

Connection latency in a roaming setup may be up to 300ms, while a local connection is regularly 100ms or less, and let’s not start on areas with 5G. This doesn’t just improve performance, it also lengthens battery life, as three times more engagement with

the network drains the battery much faster.

With roaming, you are totally reliant on the security measures taken by the host MNO and have no control over their decisions. With no single autonomy over security needs, how can you be sure you don’t have gaps in visibility or control?

An increasing number of countries or operators have put 90-day limits in place for roaming, such as Australia, Canada, Turkey, and UAE. Roaming-based solutions become more and more vulnerable to such restrictions as more countries and more operators apply these rules. Additionally, in many cases, while standard connections (like LTE) are allowed via roaming, more IoT-specific access technologies (like CAT-M or NB-IoT) are limited.

With their recent announcement, Apple just made local connectivity simpler to access than ever before – and a third option for global IoT connectivity has just become a strategic differentiator for IoT-based enterprises – localised connectivity.

Understanding the growth of localised connectivity

Looking into the future, two realities are clear: First, within the next year or two, MNOs will be forced to expose their networks to allow consumers easy access to local connectivity, and second, this local connectivity will be a simpler and more cost-effective solution compared to roaming. While consumers will benefit from cheaper global connectivity when they are sunning themselves by the beach two weeks a year, the real game-changer will be for IoT.

For IoT, we’re going to go ahead and say it: roaming is dead. The IoT market already has many problems to contend with when it comes to roaming, and now – localisation is becoming smooth, easy, and cost-effective. This trend wasn’t targeted at IoT, but you better believe that the IoT market is going to ride on its wave.

Already today, companies can’t use roaming in Brazil, in China, in Turkey… and the list goes on. Enterprises need to stay on top of global and ever-changing compliance regulations, they need to pay more to satisfy two MNOs’ budget spreadsheets, and after all that, the ultimate performance and security for devices is worse!

We can already see that some enterprises are looking to solve roaming challenges by taking a step backwards, back to sending devices to the host country, and then creating multiple MNO relationships all over the world, losing the visibility, flexibility and control that was meant to be uncovered with the help of eSIMs. To that, I say to enterprises – don’t compromise.

As it becomes easier than ever to access, now is the time for enterprises to demand from their service providers the use of localised connectivity and the use of modern platforms that can translate the local connectivity gains to real business value. You should be able to access global connectivity and the benefits of a single bill globally, one API, full visibility and control over your network data in real-time, and total flexibility over your business use cases.

Enterprises: We’re sitting on the deathbed of roaming; make sure you’re prepared for its wake.

The author is Nir Shalom, CEO of floLIVE.