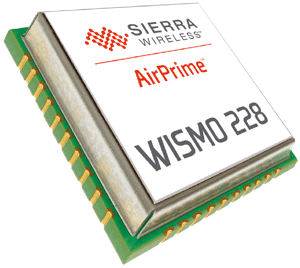 Sierra Wireless’s AirPrimeTM SL6087 EDGE wireless module has won the GSMA’s Embedded Mobile Module award in the “Best 2G Module” category. The judges recognised that it offered a “cost-effective and innovative EDGE solution in a compact LGA form factor”, and praised its powerful application framework which enables M2M device developers to embed their app software onto the module itself.

“We are proud to have won this prestigious industry award for our AirPrime SL6087, which has been very well received by the market since we introduced it in March 2010,” said Didier Dutronc, Senior Vice President and General Manager, M2M Embedded Solutions for Sierra Wireless. ” We continue to invest significant R&D effort in developing new, innovative 2G, 3G and 4G connectivity solutions for the machine-to-machine communications market.”

The winners of the GSMA’s Embedded Mobile Module Competition were announced at the Mobile Asia Congress in Hong Kong. Representatives from mobile operators including Vodafone, Orange, AT&T, Telecom Italia, KT and Smart Communications, who formed the judging panel, were looking for solutions with the best application functionality, innovation and the potential to drive economies of scale.

In a recent report on WWAN M2M modules, iSuppli listed Sierra Wireless as the leading module vendor with a 33% market share in the first half of 2010.