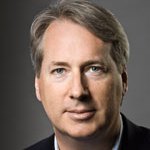 Boston, Massachusetts & London, UK. December 10, 2011 — Following reports reaching M2M Now on Tuesday 6 December, that investors in Boston-based SensorLogic had declined to extend additional funding to the company, we have tried repeatedly to obtain an on-the-record comment but so far without success, writes Jeremy Cowan.

Company insiders told M2M Now that investors had been asked by SensorLogic to back a new funding round for the company. However, the application was turned down and by Tuesday staff were being laid off. No official announcement was made, and the same day M2M Now approached president & CEO, Michael Campbell (pictured) as well as other company insiders for a comment on the record. Campbell has yet to reply and others declined to speak on the company’s behalf. Said one senior executive, “I’m afraid I can’t speak about it. I’d like to tell you more, but I no longer work here — I’m packing up my desk right now.”

Founded in 2002, SensorLogic described itself as the first company to deliver a cloud-based, wireless, machine-to-machine (M2M) service delivery platform to the market. Since its inception, the company has remained focused on delivering platforms for M2M applications. Its scalable platform-as-a-service (PaaS) software is designed to help the next generation of M2M applications – which SensorLogic has referred to as ‘M2M 2.0’ – to harness real-time intelligence from smart devices.

The company assembled an experienced team from the worlds of wireless, device software, RFID, M2M, converged networking, and location-aware mobile services. The business has been led by Michael Campbell, an experienced CEO, business development and marketing executive who had reportedly helped transform companies into market leaders, particularly in the wireless applications and platform businesses. Prior to joining SensorLogic, Campbell was senior vice president, Corporate Development at InnerWireless where he oversaw product management, business development and the company’s RTLS/RFID business.

Campbell was previously president and CEO of PanGo Networks, which was acquired by InnerWireless in 2007. PanGo was a pioneer in enterprise asset visibility.

SensorLogic has partnered with a mix of network operators, device manufacturers and system integrators to deliver M2M-as-a-Service to its customers around the world.

Investor, Boston Millennia Partners provides private equity financing to high-growth companies in the healthcare, life sciences, telecommunications, and IT industries and has a capital base of over US$700 million.

Sevin Rosen Funds was founded in 1981 and the firm’s emphasis has always been on early stage investments, particularly incubations and seed financings, requiring its partners to work closely with entrepreneurs to build companies.

Covera Ventures is a venture capital firm focused on investing in early-stage technology companies with a primary focus on infrastructure, wireless and mobility, software, and technology-enabled service companies. From its offices in Austin and Dallas, Texas, it invests on a national basis. Covera Ventures, formerly known as Hunt Ventures, spun out from Hunt Consolidated, Inc in August 2009.

The Strategic Enterprise Fund (SEF) is the private equity strategic investment arm of UPS. Established in 1997, the fund is a corporate venture capital group, said to be developing “critical partnerships and acquiring knowledge returns from its investments in IT companies and emerging market spaces”.