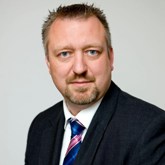 Stockholm, Sweden & Kings Hill, Kent, UK. December 18, 2011 — M2M Now has appointed another leading figure from the world of machine-to-machine (M2M) communications to join its Editorial Advisory Board with immediate effect. Baard Eilertsen, president and CEO of M2M service provider Maingate, has accepted the invitation to take up this honorary post, and joins other senior executives from Amdocs, Convergys, Evolving Systems, HP, SAP, Vodafone and Volubill.

A list of our Editorial Advisors can be found at http://www.iot-now.com/category/contributors/editorial-advisory-board/

Commenting on the news, Jeremy Cowan, M2M Now‘s editorial director & co-founder, said: “As chief executive officer of Maingate, a mobile virtual network operator (MVNO) that has been dedicated to M2M services since its launch in 1998, Baard Eilertsen brings exceptional experience to the table. We are honoured to add his expertise to the many complementary skills already provided by our fast growing Advisory Board, and we look forward to his input into our coverage of this dynamic sector and the exciting plans we have for M2M Now‘s development. M2M Now magazine and portal can now call on so much expertise and the diverse skills of our Advisory Board — a body that is unique in this sector’s media.”

Eilertsen was previously managing director of Tieto Processing & Network, Sweden, where he was responsible for approximately 700 staff and a turnover of more than €100 million.

Maingate was founded in 1998, and is reportedly the world’s first service provider specialising in smart services and connectivity between machines, devices and humans. After pioneering M2M and co-founding the m2mGlobal Alliance, Maingate is now driving the era of machine-to-machine-to-human interactivity.