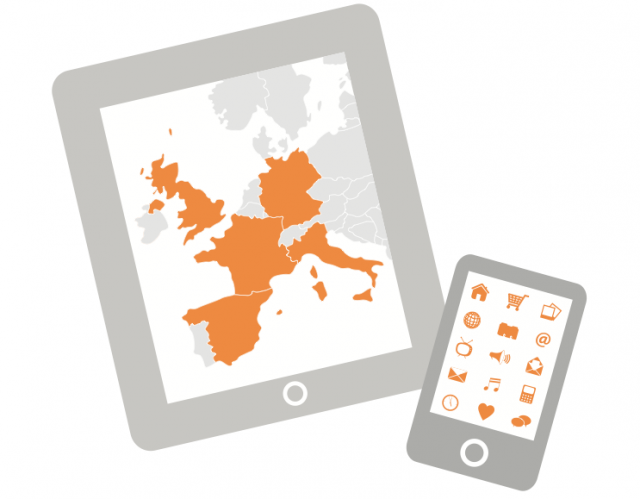 comScore and Telefónica Germany have presented the results of a study showing the shift in media consumption triggered by smartphones, tablets and other connected devices at the DLD (Digital Life Design) conference in Munich.

“Not too long ago, consumers depended solely on their computer to connect to the internet. Today, cross-platform consumption has created a vastly different landscape as consumers utilise a growing number of devices to consume digital content on a daily basis.” said Linda Abraham, comScore chief marketing officer. “There is a need for more inclusive marketing strategies to engage a brand’s total audience.”

Key findings from the white paper about European connected audiences include:

Mobile retail is one of the fastest growing activities amongst smartphone users, with more than 13.6 million EU5 smartphone owners accessing a retail site in October 2011. Similar to other trends revealed in this study, the UK had the largest audience with 4.7 million people, but Germany accounted for the largest increase in users with a 112 percent growth year-over-year. Furthermore the German smartphone population showed the fastest adoption of emerging technologies, such as QR codes.

“The smartphone is revolutionising the retail business”, said René Schuster, CEO at Telefónica Germany. “More and more consumers use their device as a shopping tool – to compare prices and products right in the shop. The findings from this report confirm my view that 2012 will be the year of mobile retail, placing great importance on network performance and speed of data transfer.”

To download a free copy of the full report “Connected Europe – How Smartphones and Tablets are Shifting Media Consumption”, go to: http://www.comscore.com/connected-europe