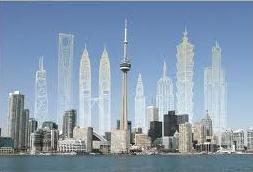 Walldorf, Germany – Findings from a study conducted by Harris Interactive on behalf of SAP AG have highlighted that almost 30%  of IT decision makers (ITDMs) agree that smart cities would be the most beneficial outcome of deployment of M2M technologies.

This would include highly intelligent cities capable of collecting and analysing large amounts of data from smart, connected devices and citizens’ social media activity in real time to vastly improve urban life. Additionally, the clear majority of respondents expect M2M to provide businesses and employees with greater insight, including the ability to respond to real world events, as well as increased efficiency, productivity and collaboration. The ability to increase mobility among the work force was also identified as a big opportunity for M2M in the workplace.

Much like the bring-your-own-device (BYOD) movement, consumers are a key driver of M2M technology initiatives and services in global markets. When it comes to embracing BYOD, China emerged as the leader among the countries surveyed, with 56% of ITDMs there stating their company embraces BYOD and provides productivity apps for one or more mobile platforms. The survey results found that most ITDMs in all six countries view M2M as the natural evolution of the “consumerisation of IT,” with India and China at 92% and 90% respectively. The majority of Brazilian, German, UK and US ITDMs agreed, with a combined average of 81%.

“The number of ‘things’ connected to the internet is expected to reach 50 billion by 2021 and consumers are playing a central role in this transformation,” said Sanjay Poonen, president of Technology Solutions and Mobile Division, SAP. “Today, M2M technology is primarily being used to collect vast amounts of machine data. The ‘Internet of Things’ goes one step further by integrating data from machines, ERP, CRM systems, social media and more, in real time, allowing humans to intelligently interact with devices, devices with devices and devices back to humans – the ultimate social media collaboration of man and machine. This vision requires a technology infrastructure that can handle big data, analytics and mobility in the cloud securely – something SAP is uniquely able to deliver.”

“Our vision of the ‘Networked Society’, where anything that benefits from being connected will be connected, is supported by our global platforms in machine-to-machine communications,” said Douglas Gilstrap, senior vice president and head of Strategy, Ericsson. “This will lead to new, innovative business models from connected vending machines and automobiles to connected homes and cities. High volumes of data can be transformed into in-depth knowledge for real-time decision-making. Companies like SAP and Ericsson are actively uniting work and living environments that were previously separate, bringing deeper engagement to the interactions between cities, municipalities, businesses, institutions, associations and citizens. Ultimately this will boost life satisfaction and economic growth.”

Survey respondents in all six countries expressed a strong belief in M2M representing a natural step in the evolution of technology and widely agree with the need for, and benefits of, the broader adoption of M2M. In fact, an average of 70% of the ITDMs in all six countries surveyed agree that companies that fail to implement M2M technologies will fall behind their competitors. This is likely due to most ITDMs from the countries surveyed perceiving tangible benefits of M2M.

However, before any of the opportunities and benefits can be fully realised, an overwhelming majority of those surveyed in all six countries cited at least one obstacle to M2M adoption. ITDMs from all countries except China were most likely to see a lack of expertise needed to manage the adoption and security of M2M as presenting the biggest impediment to adoption: India (66%), Brazil (62%), US (57%), Germany (56%) and UK (50%). In China, while a substantial majority of ITDMs still cited a lack of expertise as the biggest obstacle (63%), a slightly higher proportion said “how to manage and analyse all the real time data resulting from M2M” (65%).

“The benefits of M2M are undeniable but there are barriers toward the adoption of M2M solutions, such as the lack of complete multi-industry offerings, management, security and big data issues, and deficiency of suitable global connectivity solutions that are needed by multinational enterprises,” said Poonen. “SAP is one of the only companies at the nexus of mobile, big data and cloud with the ability to turn the huge amounts of data into instant wisdom and deliver best in class ‘Internet of Things’ solutions for consumers and enterprises.”

ITDMs from all six countries were also emphatic that the availability of broadband infrastructure, such as LTE/4G, will be instrumental in allowing M2M technologies to flourish in the future. ITDMs themselves, however, will most likely not serve as a barrier to the success of M2M as majorities in nearly all countries surveyed acknowledge that M2M will have an impact on the workforce (average of 62% for the combined six countries) and yet a majority are not concerned about a disruption due to M2M (average of 55%).

The survey was conducted online by Harris Interactive on behalf of SAP among 751 IT decision between January 15 and February 1, 2013. For the purposes of this study, an “IT decision maker” (ITDM) is defined as an adult (age 18+) who is currently employed, either full- or part-time, has at least some influence in the selection of voice, data, and mobile telecommunications services and works at a company of the following size for each country: Brazil (75 million reais), China (10 billion CNY), Germany (100 million EUR), India (500 crores), UK (100 million GBP), US ($500 million). Total sample data in each country are weighted by number of employees to be representative of companies with the aforementioned minimum revenue in each country.

As market leader in enterprise application software, SAP helps companies of all sizes and industries run better. From back office to boardroom, warehouse to storefront, desktop to mobile device – SAP empowers people and organisations to work together more efficiently and use business insight more effectively to stay ahead of the competition. SAP applications and services enable more than 238,000 customers to operate profitably, adapt continuously, and grow sustainably.