Paris, France – Orange and Total have signed a partnership giving Orange customers’ access to Orange Money services at all Total service stations in the 13 African and Middle-Eastern countries where the two groups are present and Orange Money is available.

Orange Money is Orange’s payment and money transfer service for Africa and the Middle-East. It enables Orange customers to transfer money from mobile to mobile, to pay bills and even withdraw and deposit money through a network of certified distributors.

This partnership will extend Orange Money’s distribution network to all Total service stations in the 13 countries where the service is available, further improving the service provided to customers of Orange and Total, both in terms of proximity and ease of use. Customers will benefit from the density of the Total distribution network, its service stations open for extended hours seven days a week; they will be able to open an Orange Money account on site and perform withdrawals and deposits.

This first stage of the partnership is already operational in Senegal and Cameroon, and will go live in over 1300 service stations in the 11 other countries where both groups are present in the second half of 2013. A second stage will follow, which should enable Orange Money customers to pay for purchases made in Total service stations using their mobile account.

Marc Rennard, Executive Vice President for Orange’s Africa and Middle-East region, said: “We are proud to unveil this partnership with Total: we are creating synergies between two major groups in Africa and the Middle-East to better serve consumers. This agreement will add a whole new dimension to the Orange Money distribution network”.

“I am delighted with this partnership, which allows Total to further expand the range of products and services we offer across our entire distribution network. It’s a new example of our ability to innovate and anticipate our customers’ needs,” added Momar Nguer, Africa/Middle-East Director of Total’s Marketing  & Services division. “Today our ambition is to take a leading position in mobile payment distribution in Africa.”

Orange operates in twenty countries in Africa and the Middle-East. The Orange Money service, which was specifically designed to meet the needs of customers in the region, was first launched in 2008. It is now available in 13 countries (Botswana, Cameroon, Côte d’Ivoire, Guinea, Jordan, Kenya, Madagascar, Mali, Mauritius, Morocco, Niger, Senegal and Uganda) and has more than 7 million customers. 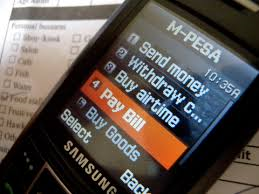 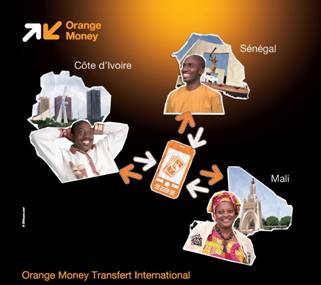 ICT to transform transportation as a prelude to smart cities, says Frost &amp...