Installed base of fleet management systems forecast to reach 6.4 million in Europe by 2017 - IoT Now News - How to run an IoT enabled business


Home › IoT News › Installed base of fleet management systems forecast to reach 6.4 million in Europe by 2017 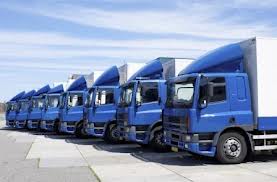 Gothenburg, Sweden: According to a new research report from the analyst firm Berg Insight, the number of active fleet management systems deployed in commercial vehicle fleets in Europe was 3.05 million in Q4-2012. Growing at a compound annual growth rate (CAGR) of 16.0%, this number is expected to reach 6.40 million by 2017.

A group of international aftermarket solution providers have emerged as the leaders on the European fleet management market. Masternaut is ranked as the largest player overall in terms of installed base with close to 287,000 units deployed today. TomTom Business Solutions was the fastest growing vendor also in the past year and has now surpassed 275,000 subscribers in this region.

Digicore and Trimble have also joined the exclusive group of fleet management providers in Europe having more than 100,000 active devices in the field. Transics is number one in the heavy trucks segment with an estimated 80,000 active units installed.

A major trend in the past two years has been the announcements of standard line fitment of fleet management solutions. Since the end of 2011 Scania has been rolling out the Scania Communicator as standard on all European markets and includes a four-year basic service subscription.

The new generation of the Actros trucks from Mercedes-Benz contains the FleetBoard vehicle computer as standard in all EU27 countries, and has done so since October 2011. Volvo is going in the same direction offering Dynafleet as standard in Europe. Since July 2012 MAN TeleMatics has been standard on the new truck model TGX EfficientLine.

Mergers & acquisitions
A second wave of  M&A activities started in 2013 after 18 months of lull. “Six major mergers and acquisitions have so far taken place this year among the vendors of fleet management systems in Europe”, said Johan Fagerberg, senior analyst, Berg Insight. Danaher Corporation is betting on the fleet management market and acquired Navman Wireless and Trafficmaster from Prairie Capital and Vector Capital respectively. TomTom made its second acquision in the fleet management space when picking up Coordina, headquartered in Spain.

The latest transaction was made in September 2013 when Oskando and Autolog merged and at the same time launched the new brand EcoFleet. Johan Fagerberg anticipates that the market consolidation in what he says is still an overcrowded industry will continue in 2014.