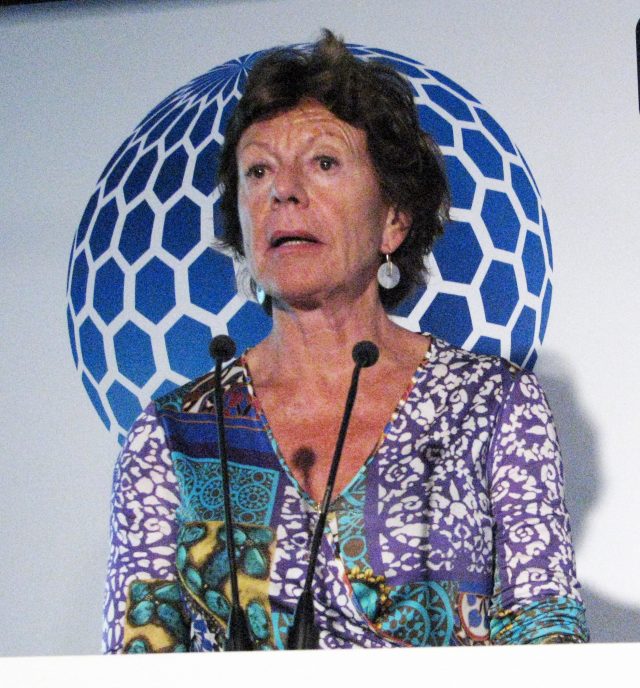 Stung by EC criticism, delegates at the GSMA’s Mobile 360 forum in Europe insisted that despite falling behind other regions, Europe can catch up in the use of 4G as it exploits new areas for connectivity.

Europe has lost the battle for 4G and should concentrate its energy on becoming the leader in 5G. That was the stark message from Neelie Kroes (pictured here), vice-president of the European Commission. “Europe should be back in the driving seat of connectivity,” she said. “It is time to act.” And,as Steve Rogerson reports, it is a message that angered delegates at the GSMA’s Mobile 360 forum in Brussels.

Rather than concentrating on the roll out of 4G, Kroes said European companies should now be focusing on 5G and accept that the battle in 4G had been lost to the USA and Asia. “We have to lead in 5G,” she said. “Europe needs to move faster on 5G. We are ready to approve a public-private partnership for strategic research into 5G.”

But Anne Bouverot, director general of the GSMA, was not impressed with the message. “I don’t think we should give up on 4G because we have started slowly,” she said. “5G will not come for 10 years and I am not willing to wait for that. We need to continue to look at what we can do with 4G around smarter cities and connected living. There are lots of things we should be doing now.”

Bouverot acknowledged that Europe was lagging in 4G, which accounted for just 1% of connections at the end of 2012 compared with 20% in the USA. And she said that was only likely to double to 2% by the end of this year. “Europe defined GSM and it became the standard that took over the world,” she said. “I think we became complacent. And then the 3G licence fees in Europe were outrageous, and that didn’t incentivise companies for 4G.”

The theme was picked up by Jon Fredrik Baksaas, CEO and president of Telenor. He said: “Europe has lost its head start on mobility and we need to get our act together. But we have to learn on 4G and get that to work before we look at 5G. We can’t afford to sit and wait for 5G.”

And Christian Salbaing, deputy chairman of Hutchison Whampoa in Europe, added: “I was disappointed with the commissioner saying we had lost the battle with 4G and have to look to 5G. There is still a lot more to do with 4G.”

Specifically, Baksaas said that a separate data channel needed to be created for M2M traffic. “These are small volumes but big numbers of connections,” he said. “We need a unified standard that is long term. This will help in connected cities, mobile health and all the other aspects in daily life that can benefit from sensors. The potential on M2M is endless.”

Bouverot agreed: “On M2M, we need to standardise with all these modules and sensors.”

And Salbaing still believes 4G has a major role to play in this. He said: “4G is not so much a speed issue but an enabler issue. Build a 4G network and then see what it is you’re enabling.”

Bouverot concluded: “This is all about connecting cities, connecting lives, connecting Europe, with smart cities, mobile health, transport systems. It is complex. There are huge opportunities but there are a number of players. There is a lot to do and the next question is how we can make this happen in Europe.”