Home › IoT News › 2014 Predictions: The Year of the M2M Platform and the Connected Home 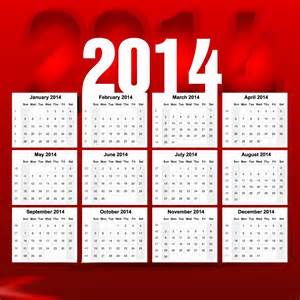 This time last year M2M Now asked the industry for its predictions for 2013. And looking back from the start of 2014, writes Georgina Elrington, many of those predictions were spot on.

In summary these predictions for 2013 were:

So where do we go from here in 2014?  M2M Now has turned to some of the industry’s leading figures to find out what’s in store for the 12 months ahead regarding machine-to-machine communications (M2M) and the Internet of Things (IoT), and here is their thinking.

Platforms: John Horn, president of RACO Wireless, said that we are entering the ‘Year of the M2M Platform.’ He proffers that as platforms evolve from a wholesale status, they will become a sophisticated and integrated element of an end-to-end offering, enabling enterprises to: scale rapidly; choose from connectivity options; access a flexible, rich application and feature set; as well as gain easier control of the full M2M solution through dashboards and more dynamic analytics.

Horn also highlights that bandwidth regarding LTE will gain considerable traction due to its capacity to service verticals requiring high throughput and spectrum efficiencies (auto, infotainment and digital signage sectors). 2G will hold its position as a proven standard for applications that don’t require a lot of bandwidth (asset tracking and fleet management). And 3G will continue to fade into M2M obsolescence as applications with high bandwidth requirements focus on 4G.

Further, more enterprises will recognise M2M’s potential as a new revenue stream, rather than just a way to save money. Horn says this will manifest in sales of connected devices, value-added services and applications (as businesses find users more willing to pay recurring charges for premium services); and business intelligence  from more informed, data-lead decisions; as well as revenue derived from monetising collected data and its analysis.

In December 2013, Machina Research published ‘M2M Global Forecast & Analysis 2012-22’, its annual review of the state of global M2M adoption across 12 sectors. The company will shortly publish its full set of predictions for the M2M market, says Matt Hatton, director. In the meantime, M2M Now has obtained the following forecast insights from Machina for you:

Jürgen Hase, vice-president, M2M Competence Centre, at Deutsche Telekom, expects that in 2014, Smart Factories will foster individual manufacturing: In his view, industrial applications are the all-time paragon of M2M. Initiatives such as Industry 4.0 – a high-tech strategy of the German Government – bring connected technologies in manufacturing processes back into the spotlight. The targeted point of arrival is the Smart Factory which is ruled by totally new modes of production. It takes individual customer requirements into consideration and models both business and engineering processes dynamically.

Security: Tim ‘TK’ Keanini, chief technology officer at Lancope, a network visibility and security intelligence company, indicated that while 2014 might not quite be the ‘Internet of Everything’, it will be the ‘Internet of Somethings,’ and those somethings will need to be secure.

Verizon believes that M2M ‘as a Service’ simplifies the path to the connected world. Ubiquitous 4G LTE wireless services, and the availability of M2M as a service – on demand, over the internet and ready to use – coupled with strong security, will overcome the issues that have previously prevented many organizations from fully embracing M2M.

Caroline Gabriel, research director at wireless infrastructure analyst firm, Maravedis-Rethink, said that one of the biggest challenges for MNOs in 2014 is figuring out how to make money from the IoT. Most activity in 2014 will remain in traditional M2M sectors like automotive and industrial. However, as these applications start to require broadband rates, and the intelligent home market grows, operators will have the chance to play a big role in the value chain via their SIM cards.

Apps: The professional services market, centred on the development and management of apps, will become increasingly significant in 2014. The emergence of more mobility and high-speed networks will help as businesses find new ways to engage with customers directly via their devices. Mobile applications will be developed in the cloud for deployment on any device or sensor, and platforms that allow this kind of development will become more widely used.

Finally, Andrew Milroy, vice president of the ICT Practice, Frost & Sullivan Asia Pacific, also predicts that the IoT is set to be a key area for IT buyers and sellers in 2014. He said: “The explosion of IoT activity over the next few years will be driven by the nexus of low-cost sensors, cloud computing, advanced data analytics, and mobility.”