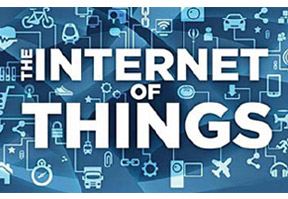 Every year Machina Research conducts a study on best practice for communications service providers such as AT&T, Deutsche Telekom, Telefonica and Vodafone in M2M and IoT. The research involves detailed interviews with those operators about strategy with a view to determining best-practice in the sector. It also provides an invaluable guide to the key issues and strategic developments amongst CSPs.

One of the most interesting trends that has arisen is an increasing focus on delivering what we would term ‘IoT’, rather than ‘M2M’. Of course there is no universally accepted definition of either. For us M2M involves the connection of sensing and actuating devices for the purpose of fulfilling a certain function. In contrast IoT, in essence, involves scaleable platforms that allow the mashing together of multiple data sources and the disaggregation of the application development environment from the device itself.

So what has been happening with CSPs in the last year that leads us to believe they’re becoming more IoT-friendly? A number of things. Firstly they’re starting to put in place application enablement platforms to provide additional support for application developers. Secondly they are becoming a little more network agnostic. IoT is certainly not limited to cellular and lots of technologies will need to be harnessed to support IoT applications. Similarly, and thirdly, they’re becoming more global. CSPs have facilities-based networks in only a limited number of markets and so to support the necessarily global solutions implicit in IoT, they need a more global support. To this end CSPs are building increasingly deep alliances with other operators around the world, such as the Global M2M Association, the M2M World Alliance, and Vodafone’s Partner network.

But let’s not get too far ahead of ourselves. What CSPs do today is M2M. So where are the gaps in the IoT strategies? One major challenge is that CSPs tend to still be tied to their networks. It’s very hard for them to move to supporting more than a handful of technologies and even more tough to be truly network agnostic. Solutions that they develop themselves tend to be predicated on using those networks, and, what’s more, any horizontal approach tends to revolve around the wholesaling of the CSP’s own connectivity. Don’t get me wrong. This is a good business. But for the CSP to really adopt the role of the enabler of the IoT would require a more fundamental shift, seeing the M2M business units becoming further removed from the parent organisation.

The M2M CSP Benchmarking Report 2014 will be published later in June. For more information contact matt.hatton@machinaresearch.com