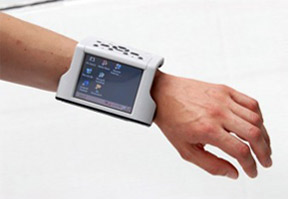 London, UK. July 9, 2014. Wearable technology connected by the Internet of Things (IoT) may be grabbing headlines but it will fail to achieve its full potential until the developers and marketers conquer some major challenges.

As M2M Now’s digital editor, Jeremy Cowan writes, analyst firms are giving the market an End of Term report that says, ‘Could do better!’ Beecham Research’s principal analyst, Saverio Romeo today pointed out that, “Too many technology-led companies see wearable devices as simply the next wave of smartphones or accessories and pay lip service to aesthetics and style. Current market forecasts are based on a smartphone-centric view of wearable technology. But while these devices may have some smartphone functionality, they will be much more than smartphones.”

Claire Duke-Woolley, Beecham’s fashion technology analyst, added, “There is a real difference between making technology wearable, versus making technology products that are desirable and genuinely engage with consumers through good design practice. It’s time for the fashion industry to embrace technology and for tech companies to realise that they can’t do it on their own and need the knowledge and influence of major fashion brands.”

UK-based Beecham Research’s Wearable Technology report, to be published tomorrow, forecasts that the market will be worth US$3 billion by 2018. However, with a true multi-disciplinary approach and greater collaboration the firm believes that the market could accelerate and has the potential to be worth $9.3 billion in the same period.

There is similar caution at IHS, where principal analyst, Jack Kent said, “wearable apps provide new opportunities, but business models must evolve. In his report, The New Economics of Mobile Media: Strategies for Mobile and Wearable Apps” Kent conceded that health & fitness and notification services are attracting the most interest, but many of the apps remain too focused on one-off payments and need to find a way to create a sustained revenues from users through subscription and service-based models.”

As Kent noted, health & fitness apps took only around 1% of the top UK App Store revenues in Q1 2014, but they made up 6% of the leading paid downloads. Wearables will, he said, play a key role in mobile advertising, but they will be best used to collect data rather than as a new screen on which to display advertisements.

Meanwhile, Microsoft is reported to have been developing a wearable device for some time, in the form of a fitness tracker / smart watch to be released later this year. The Redmond, Washington-based company is said by CNET to be modelling the design and price on Samsung’s $199 Gear Fit launched earlier this year. If so, it will probably have to contend with the eagerly anticipated iWatch expected to emerge from Apple in the next few months.

Yankee Group associate analyst, Ryan Martin commented, “Wearable tech is beginning to find a home in the enterprise, with companies like Google, Motorola, SAP, Vuzix, and most recently Salesforce each releasing devices and / or software specifically tuned for such applications. Targeting this market could be well aligned with Microsoft’s core offerings. Yet on the consumer side there’s also the potential to increase sales of complementary products and services.”