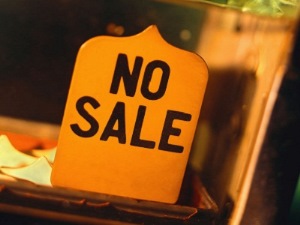 In this new column, editor-in-chief Jeremy Cowan looks at the communications news that’s fit to publish, and all the rest. There’s a strong rebuttal of rumours that Subex is to be sold, and a punchy response from T-Mobile USA’s CEO to allegations by the FTC that it has crammed bogus charges onto customers’ bills.

India’s Subex was forced this week to ‘vehemently deny’ rumours in Indian business media that it was in talks over a possible sale. The Economic Times of India had reported that Hong Kong-based PCCW and WeDo Technologies of Portugal were together pondering a bid for Subex. According to Subex, the report followed “baseless and unfounded rumours which the company denies vehemently and that such negotiations / talks with the said ‘PCCW’ or ‘WeDo’ were never taking place.”

The Bangalore-based provider of business and operations support systems (B/OSS) for communication service providers (CSPs) reported a consolidated sales turnover of Rupees 85.41 crore (US$14.19m) and a net loss of Rs12.16 crore (US$2.02m) and for the quarter ended March 2014. Surjeet Singh, managing director and CEO of Subex Ltd who joined the company in 2012 said, “We have ended another strong year with significant increase in our EBITDA of 77.7% and our operating margins are up by 79% (year-on-year).”

Subex enjoyed rapid growth between its public listing in India in 1999 with a market capitalisation of US$5 million, and its international listing in 2007 on the London Stock Exchange with a market cap of $600 million. Along the way it acquired the fraud management assets of Lightbridge and Alcatel and the revenue assurance provider Azure Solutions. This was followed by a less happy expansion into service fulfilment and assurance through the acquisition of Canadian OSS provider, Syndesis Ltd for $164 million in 2007.  The company then experienced losses and had to restructure its debt in 2009, issuing $127 million worth of new secured bonds, which mature in July 2017. This year Subex has already announced five new customer deals worth a total of $10 million.These are for revenue assurance, fraud management and credit risk management solutions, some as managed services. Two of the wins are from APAC, two from North Africa and one from the Middle East.

As our sister publication VanillaPlus reported on July 7, 2014, America’s Federal Trade Commission (FTC) alleges that T-Mobile ‘crammed bogus charges’ onto customers’ phone bills (). Not one to shirk a fight, T-Mobile USA’s larger-than-life CEO, John Legere has now responded with a blog that throws a left-right combination reply at the “sensationalist” FTC.

The Federal Trade Commission is charging mobile phone service provider, T-Mobile USA, Inc., with making hundreds of millions of dollars by adding charges to mobile phone bills for purported ‘premium’ SMS subscriptions that, in many cases, were bogus charges never authorised by its customers.

The FTC alleged that T-Mobile received between 35% and 40% of the total amount charged to consumers for subscriptions for flirting tips, horoscope information or celebrity gossip that typically cost US$9.99 per month. According to the FTC’s complaint, in some cases T-Mobile continued to bill its customers for these services offered by scammers years after becoming aware that the charges might be fraudulent.

In his latest blog, John Legere, president & CEO, T-Mobile, said: “We have seen the complaint filed by the FTC and find it to be unfounded and without merit. In fact, T-Mobile stopped billing for these Premium SMS services last year and launched a proactive program to provide full refunds for any customer that feels that they were charged for something they did not want. T-Mobile is fighting harder than any of the carriers to change the way the wireless industry operates, and we are disappointed that the FTC has chosen to file this action against the most pro-consumer company in the industry — rather than the real bad actors.”

Legere continued, “As the ‘Un-carrier’, we believe that customers should only pay for what they want and what they sign up for. We exited this business late last year and announced an aggressive program to take care of customers, and we are disappointed that the FTC has instead chosen to file this sensationalized legal action. We are the first to take action for the consumer, and I am calling for the entire industry to do the same.

“This is about doing what is right for consumers, and we put in place procedures to protect our customers from unauthorized charges. Unfortunately, not all of these third party providers acted responsibly—an issue the entire industry faced. We believe those providers should be held accountable and that the FTC’s lawsuit seeking to hold T-Mobile responsible for their acts is not only factually and legally unfounded but also misdirected,” Legere concluded.

Ladies and gentlemen, take your seats. Ding, ding. Seconds out. Round Two.