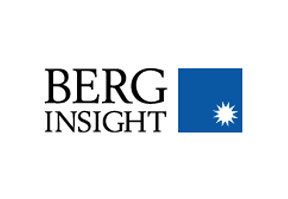 According to a new research report from the analyst firm Berg Insight, the global cellular M2M market has entered a period of transition from 2G to 3G/4G technologies. The share of cellular M2M devices connected to HSPA/LTE networks is projected to more than double from less than 20% at the end of 2014 to more than 50% by 2018.

When it comes to device shipments, 3G/4G is expected to overtake 2G already in 2017. HSPA will be the largest technology in an intermittent period until the current price gap to LTE has been closed.

The first phase in the adoption of 3G for M2M applications has mainly been driven by the phase out of 2G services in some countries. In the US, AT&T’s plans to shut down its 2G network have profoundly changed the M2M hardware market. As a result Berg Insight expects that a majority of the M2M devices shipped in North America will use 3G technology already in 2014.

Europe has a slower rate of adoption as the time horisons for continued operation of 2G networks generally extend well beyond 2020 in most countries. In Asia-Pacific, 3G is already the standard technology platform in advanced markets such as Japan.

The main catalyst for the anticipated acceleration of 3G/4G adoption over the next years will be the growing data requirements of many M2M applications. “Firstly, there is a general trend towards higher data consumption for most traditional M2M applications”, said Tobias Ryberg, senior analyst, Berg Insight and author of the report.

“Secondly, the automotive industry is getting very serious about realizing the vision of connected cars, which require mobile broadband connectivity. Early adopters such as GM and Audi recently introduced their first car models with embedded LTE in the US”.