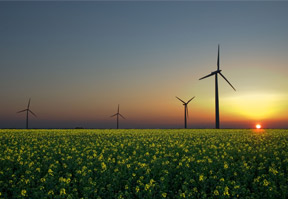 Global Smart Grid Federation’s world-wide overview on distributed generation
The outlook of electricity systems is changing rapidly on a global scale. Although different countries are typically characterised by a different generation mix and distribution system structure, the results of the GSGF study ‘Grid Connectivity of Distributed Generation’ confirms that most nations worldwide are experiencing a significant increase in the integration of distributed generation in general, and that the costs associated with renewable distributed generation are decreasing. GSGF’s third report on grid connectivity discusses in detail the challenges and their potential solutions.

From a technological perspective, maintaining power quality, managing voltage and frequency levels, network losses, increased loads, standardisation and interoperability are major issues related to the integration of distributed generation on the distribution system level. Many countries are publicly funding R&D projects related to smart grids and distributed generation integration to address these issues. In order to mitigate considerable expenses related to the replacement of ageing grid infrastructure and the investment in additional capacity, several countries are exploring the possibilities of active demand participation to facilitate distributed generation integration. In addition, electricity storage both on the transmission (e.g. pumped hydro) and distribution (e.g. electric vehicles) level is receiving substantial interest.

The report finds that policy is generally (especially in Europe) based on security of supply, sustainability and competition. A major issue, however, is that regulatory measures change frequently and vary between and even within countries. This regulatory instability and complexity makes investors reluctant to fund innovative solutions. Moreover, utilities and grid operators are regulated with a strong emphasis on cost-efficiency that limits industrial incentives to encourage R&D expenditures. The lack of technical standards often hinders the connection process of distributed generation. Many countries are in the process of reviewing outdated regulations in order to encourage and stimulate renewable generation. In particular, they resort to mechanisms such as: feed-in tariffs, tax reductions, subsidies, power purchase agreements, loan guarantees, or accelerated depreciation. These measures have led to a considerable increase in distributed generation investment. Examples of successful policy measures include the green certificate scheme in Sweden and Norway, third-party financing options in the US, and the introduction of feed-in-tariff (projects over 10 KW) and microfeed-in-tariff (projects under 10KW) financing programs in Ontario, Canada.