M2M and its transformative effect on the automotive industry 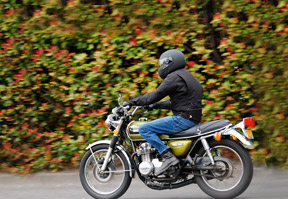 The potential for M2M technology to revolutionise our lives is huge. Recent research by IHS predicts that global M2M connections will more than triple by the end of 2017 reaching 375 million, up from 116 million in 2012.

Everything from the automotive technology keeping us safer and greener on the roads, to healthcare technology communicating information to remote medical professionals is being impacted by M2M and its capabilities, but the automotive industry in particular has made substantial progress.

There has been significant interest from the automotive industry where we have seen impressive applications of the M2M technology through initiatives such as eCall, the automatic emergency response trigger in case of an accident, or usage based insurance, to more accurately monitor driver behaviour. This industry is also being closely watched by world leaders who see the potential that M2M has to offer.

We at Gemalto are doing a lot of work on eCall throughout Europe, which legislators have already made a legal requirement for all new cars to have by the end of 2015. The technology deployed within eCall needs to be robust to respond to the specific needs of the automotive environment such as having the highest resistance to vibrations, temperature and corrosion and we’re ensuring our modules are meeting these needs.

eCall and usage based insurance are great examples of how M2M can find practical uses within the automotive industry, but they’re far from the only ones. In fact, one could argue that transport is the sector in which M2M technology stands to make the biggest difference in the years ahead.

So what does the future have in store for the practical applications of M2M in the automotive sector?

Well, we’re already starting to see car-sharing or peer-to-peer car hire schemes powered by location-based apps. However, in the near future, convenience will continue to enhance further and further:

And of course, let’s not forget the dawn of the driverless car. Despite concerns over their introduction, they really aren’t a long way off. Google recently showed-off its two-seater, 25 mph effort, and this will doubtless be followed by other manufacturers’ own attempts. Toyota, Audi and Mercedes are just a few of the big names racing to put a driverless car on the road, so the dream of being able to take your hands off the wheel and relax may only be a few short years away.

We’re also seeing M2M proliferate across fleet management. The ability for M2M technology to track and trace vehicles and the state of goods provides a more granular level of asset management capabilities both for security purposes as well as over general efficiency. These are extremely attractive propositions to fleet haulage companies looking to cut down costs, increase margins and offer more competitive rates to their customers.

As you can see, the applications for M2M in the automotive industry are many and wide ranging, however, in truth we’re still only scratching the surface. This new breed of connectivity solutions and services will do far more than just enable connected car technology and will ultimately deliver increased safety, improved performance and a more enjoyable driving experience in the smart mobility world of tomorrow. 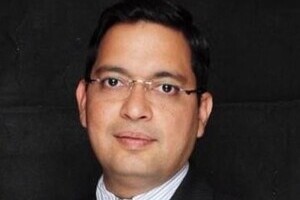