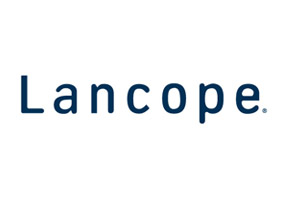 “The role of securing a security company is no easy feat,” said Mike Potts, president and CEO of Lancope.

“However, Andrew has the well-rounded and highly skilled experience in security, cloud computing, compliance and network engineering required to truly understand and accommodate the unique security needs of Lancope and our customers. We look forward to benefiting from his in-depth knowledge and extensive hands-on experience securing some of the biggest names in IT and security.”

Most recently, Wild was the CSO for security provider Qualys, where he was responsible for the risk management, security and compliance of both the internal enterprise network and the production SaaS environments. Previously, he was also responsible for the security of EMC Corporation’s SaaS offerings as the company’s manager of security engineering.

“In today’s environment, organisations cannot expect to effectively secure their infrastructure without collaborating with other experts, especially their customers,” said Wild. “Lancope is a highly customer-driven business, and I look forward to carrying on the company’s legacy of involving end users in the security process to deliver the best possible protection against advanced adversaries.”

Wild holds a bachelor’s and master’s degree in electrical engineering from the United States Military Academy at West Point and the George Washington University, respectively.