Better than a crystal ball 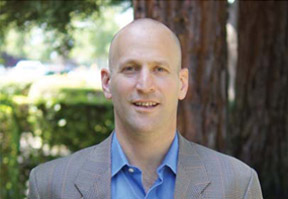 Service providers can’t know the future so it must be made easy to add and integrate new features. David Friedman, co-founder and chief executive of Ayla Networks, tells M2M Now why it’s time to stop attempting to re-invent the wheel, endlessly writing specific software for specific applications and devices, and instead turn to easily-configurable, end-to-end platforms that can scale up massively as M2M and IoT deployments reach their potential of billions, not millions, of connected devices.

David Friedman: Most of our customers are focused first on building an internet-connected service stack. For example, if you consider an HVAC provider, it may seem mundane but when the device is first brought to a home, issues such as how it finds the network and how security is addressed are fundamental. Basic networking has to happen in order to maintain a set of applications for a device such as a thermostat that sits on a wall.

It becomes more complex because this has to be done in a very, very scalable way with massive amounts of data being created and managed and 100% uptime achieved over a broad geography.

It’s certainly possible for our customers to build a demo but it’s often difficult to move beyond that into production devices. Whether something is going to be a thermostat, a water heater, or a dog water bowl monitor it actually has so many shared elements and each company shouldn’t have to be building those themselves.

We have customers that have launched a product and service but are turning to us now as they are running into issues with scalability. It’s fine to launch a service for 10,000 or 100,000 people but beyond that things start to become a problem.

M2M deployments are not static so how do you design a system that future proofs smart products, even after they have been deployed?

DF: This is one of the areas in which Ayla Networks is different from our competitors. For example, with a thermostat, it’s hard to know what features the customers may want next year. In fact, in any market, it’s a given that we can’t know what features will be important so, given the deployment lifespan of many devices, it’s critical that it should be easy to add and
integrate new features.

For example, a device such as a washing machine can be configured to download a new, high efficiency wash programme while deployed. A device can then be further updated to deliver significant flexibility and enable it to be continuously enhanced and enabled to iterate the best service.

Manufacturers now have the ability to collect data that historically they have never had access to. There are potentially huge advantages associated with that but it’s one thing to collect data and another to make sense of it. How do you enable customers to take complete advantage of their data?

DF: It starts with another situation in which it’s productive to avoid reinventing the wheel. In our service we have created data platforms and doing that is very hard for the customer. The architecture can absorb massive volumes of data and the first part of the challenge is to store it. However, data is not the first thing customers care about. Their main motivation is to get the thermostat – or whatever other product they have – launched. They do, though, understand that it will have value.

Significantly, extracting some of that value doesn’t have to be particularly complex. There is so much low-hanging fruit in data that it’s not necessary to have brilliant algorithms in place, you just need to have some relatively simple tools to analyse the data. It’s not necessary to know what you’re going to do with the data at deployment to set yourself up with the right platform to extract useful insights.

For instance, something as simple as which features customers are using and which they aren’t can be extremely valuable. There is so much value buried within the data that, after launch, customers can start to explore and apply data science to that device data bringing the insights to light.

How do you see the market developing as customers mature and recognise the need to address the immense requirements of M2M scalability? Do you see the supplier side of the market becoming more streamlined?

DF: There is no doubt that the market for connected devices is taking off like a rocket, but there is still a tremendous amount of friction in developing these connected devices as there is an array of different technology layers and standards in the market. However, as more and more manufacturers enter the IoT, we are seeing increasing pressure for standardisation that can help bring some order to the space. The older model of creating a unique solution for each customer doesn’t support the scalability
requirements as the market matures.

In our view, the market will experience some consolidation where we see the IoT space driven by a lead pack of platform providers. Following a reusable and configurable end-to-end platform approach, IoT platforms enable a path for customers to rapidly launch new products in a way that scales as the market unfolds.

ICT industry leaders to discuss benefits of oneM2M specifications
Next