Home › Blogs › Don’t worry, you’re too boring for Big Brother to watch you! 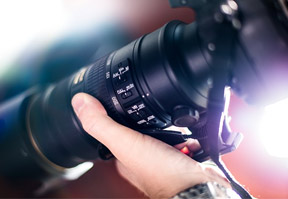 In a previous rant, Richard Hobbs wrote about how we had an inherent level of data security because of the sheer numbers involved.In other words, your odds of being hacked if you use basic security is small because of the sheer amount of data/people out there. The same holds true for Big Brother…

To start, I want to let you know something that you may already know….Big Brother (namely the government) can already watch all your movements – if they really wanted to. They know where you live, work, shop, bank and with closed-circuit television (CCTV), also known as video surveillance, they likely know where you are most of the time. They really can watch your every move and it’s the worst nightmare for the American Civil Liberties Union (ACLU).

Why aren’t we all freaking out you ask? Well, if you are like most people, you are too boring to watch….

Sure, you may speed once in a while….you may have used a bit of a stock tip that you overheard from those two drunk guys in the bar to make a few thousand dollars….you might even file your taxes a bit late and claim the odd lunch with your friend as a “business expense”. So, if they have the ability to watch, why aren’t they all over me???

Because, like everyone else, the government only has so much time in the day and so many resources at their disposal. The reality is that you likely pay taxes, follow most laws and you’re likely going to keep on doing so for a long time. In a word, you are boring to them.

So, should we let the government go unchecked?

Of course not. We need to ensure that any measures the government takes is truly in favour of helping keep us secure. I think most people are ok with a bit of a trade-off. For example, I didn’t see anyone yelling at the airport screener a few minutes ago. Most of us don’t mind a little intrusion if it means that our most horrible flying experience today might be a lost bag, not a terrorist incident.

Yes, the government has most of the tools to do a lot of things that were shown in the Minority Report. This includes facial recognition, GPS location technology, quick access to financial records and even things like toll cameras to locate vehicles.  They truly could turn your life into a police state, if they wanted to.  But, if you’re like me, the main reason they are not going to do this is that they really don’t find it interesting if you take your kids to see Sponge Bob and then go a few MPH over the speed limit on the way home…..again, it is good to be boring!