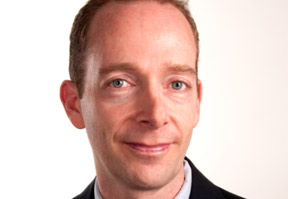 The Apple Watch might seem like an overpriced gadget for some, says Alessandro Porro, but believe me, whether you want one now or not it is just about to transform the way we stay connected, forever.

Don’t get me wrong, wearable technology isn’t a new topic. However, this week signifies a real tipping point where wearable technology flips from being a niche or uber geek technology to the mainstream. It may take a few generations of the Watch, and reductions in price point, until we see the watch on the wrists of the multitude, however, I truly believe that the tide has now turned.

The Apple Watch has both business and well as consumer appeal. This means it will enter workplaces as either a corporately owned device, or simply on the wrist of gadget loving employees. According to a recent survey conducted by Ipswitch, one third of European businesses plan to introduce wearable technology to the workplace this year. These devices will connect to corporate IT infrastructures, however, the survey also highlighted that very little thought has been given to the impact it will have on network performance and security. Only 13 percent of organisations said they had a relevant policy for managing the impact of wearable technology.

Whether the devices expected in the business are personally owned or corporately owned, tweaks to policy and infrastructure are a must. An increase in devices joining a corporate network has the potential to cause a drain on wireless bandwidth which can slow application performance. Whilst this is unlikely to happen just days or weeks after the Apple Watch ships, organisations need to prepare for the snowball effect of the Watch. A smart business will already be planning ahead to ensure that it has the right tools in place to provide clear visibility of who is on the network, what they have access to and the bandwidth they consume. It will also be reviewing Bring Your Own Device (BYOD) policies to set rules and guidelines for who can connect what devices to the corporate network and acceptable bandwidth consumption by user and device.

Wearables are the biggest revolution since the smartphone and the Apple Watch is just the beginning. Businesses need to be ready.

The author is Alessandro Porro, VP of International at Ipswitch.