Home › Sponsored News › The global M2M market is set to reach 27 billion connections in 2024, generating US$1.6 trillion in revenue 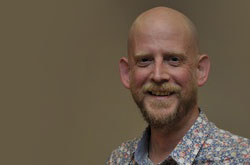 Every year Machina Research takes a snapshot from its M2M Forecast Database to look at the current state of the M2M market and expectations for how the market will grow over the next 10 years. This was done in June and was just published in the M2M Global Forecast & Analysis 2014-24 report.

The key findings were that the total number of M2M connections will grow from 5 billion in 2014 to 27 billion in 2024, a CAGR of 18%. This figure will be dominated by short range connections (e.g. WiFi, Zigbee, or in-building PLC), accounting for 72% of all M2M connections today, a figure which will decline slightly to 69% by 2024. The big short-range applications, which cause it to be the dominant technology category, are Consumer Electronics, Building Security and Building Automation.

Turning to cellular, we expect connections will grow from 256 million at the end of 2014 to 2.2 billion by 2024, by which point the majority will be LTE. Just over 50% of those cellular connections will be in the ‘Connected Car’ sector, including both factory-fit embedded connections and aftermarket devices. We have had to revise our views on this sector, mostly because of delays in rolling out some of the mandated applications such as the EU’s eCall programme and SIMRAV in Brazil. This regulatory revision is not limited to the auto sector; in the utilities space, smart meter rollouts have also been slowed down.

Geographically, it is unsurprising that China and the US will be neck-and-neck for dominance of the global market by 2024. China which will account for 21% of global M2M connections, ahead of the US on 20%. However, the US wins in terms of cellular connections (20% vs 15%) and M2M revenue (23% vs 19%). Third largest market is Japan with 8% of all connections, 6% of cellular and 7% of global revenue.

In terms of revenue, the total M2M revenue opportunity will be US$1.6 trillion in 2024, up from US$500 billion in 2014, a CAGR of 12%. This includes devices, connectivity and application revenue. The majority of the revenue comes from devices. Some people may have seen our recent forecast for the IoT market reaching US$4.3 trillion. The M2M revenue is a part of that US$4.3 trillion, but the IoT, according to our definition, includes a lot more than just M2M. Hence why it’s a bigger figure.

Some people may also have seen the recent White Paper that we published on the impact of M2M growth on mobile networks. One of the key points was that the total amount of traffic generated by M2M is modest, but that belies a greater impact on networks. Today’s published report confirms this: today M2M accounts for 2% of cellular data traffic, a figure which by 2024 will have increased to 4%. Although this figure indicates a modest impact on networks, M2M devices are highly diverse and their demands on network capabilities will go beyond simply the volume of traffic, for instance with increasing signaling, or greater requirements for low latency.

The report M2M Global Forecast & Analysis 2014-24 is published today. Machina Research will also run a webinar on the subject on the 15th July. See our website for more details.