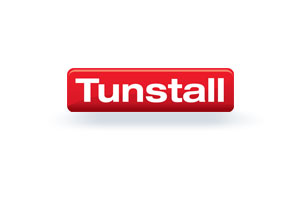 Technology-enabled care provider Tunstall Healthcare provides telecare products and telehealth systems which monitor the vital signs and symptoms of patients in their homes.

Operating in over 50 countries and supporting more than 3.6 million people worldwide, its technology and services play a key role in helping older people and those with long-term needs to live independently.

Behind the scenes, around 15 IT staff based at two UK sites and another in Sweden take care of internal IT requirements, as well as designing and programming new software solutions and maintaining the infrastructure and healthcare systems used by clinicians to monitor patient data.

The problem
Seven years ago, Tunstall Healthcare UK began experiencing problems with its service desk solution after the existing software provider was taken over by a different vendor.

“When the time came to upgrade, it turned out that we needed three different servers to run the service desk software,” said Tunstall Healthcare Lead IT Infrastructure Specialist, Tim Hather. “We also needed a team to manage the software itself. This meant that sticking with the incumbent provider was no longer option.

“However, as we only had a limited budget, I was tasked with the difficult challenge of finding an alternative for the same price as the maintenance costs paid for the previous software.”

The solution
Having scoped out all the main providers, Hather struggled to find the right solution within his limited budget. He then tried searching the web for a cheaper alternative, where he discovered ManageEngine. “It looked too good to be true,” he said.

“To test it, I downloaded a trial version. I was surprised to find that the combination of ManageEngine’s ServiceDesk, Desktop Central [integrated desktop and mobile device management software] and OS Deployer [imaging and deployment software] covered virtually all the functionality we had become used to – within the small budget we had to pay for it.”

The deployment
When Tunstall Healthcare first started using ManageEngine, Hather says it was satisfied with the range of service desk and IT management functions it provided, from logging tickets to asset management.

Not long after adopting ManageEngine, Tunstall Healthcare used OS Deployer to roll out around 300 new PCs in less than six weeks, saving a significant amount of time in the process. “As we are only a small team, if we had needed to do this manually, it would easily have taken around six months,” said Hather. “As well as impacting users, this would have put significant pressure on IT resources.”

On the occasions where Tunstall Healthcare has encountered problems with the ManageEngine solution, fast support has helped rectify the problem within a matter of minutes, enabling the IT team to complete the tasks they were working on.

Meanwhile, Hather says he has welcomed the opportunity to log requests for new features and solutions, with all three of his previous interactions either being discussed in detail with a member of the ManageEngine product team to find a solution, or being developed into a product upgrade.

“Originally, it we were simply looking for a service desk solution,” he said. “Over the years, we’ve also benefited from the fact that ManageEngine keeps evolving its software. New change management and project management tools in particular have made a big difference to the business.”

The outcome
In its seven years using ManageEngine solutions, the addition of contract management has been especially beneficial in enabling the Tunstall Healthcare IT team to track all of its contracts with third-party vendors, record the contract details and receive alerts on contract expiry.

Although some users still default to picking up the phone to the helpdesk, the user portal helps IT keep staff in the rest of the organisation up-to-date with any news or changes.

However, it is the upgrades to ManageEngine’s Desktop Central tool which have had a big impact for the healthcare technology providers’ IT team. In particular, patch management enables IT admins to send out patch updates to individuals or groups, with full control over when these changes go out.

Another small update in the last version of Desktop Central Tunstall Healthcare installed has made a big difference in enabling Hather and his team to install printers direct to the print server, as well as the printer – making it possible for them to prepare ahead for hardware changes.

“As all our printers are centrally-managed, this relatively small change will help save us a lot of time, he said. “For example, we are about to replace around 85 printers across the organisation. Using the desktop management tool, we can prepare the various groups and configurations ahead of time and won’t need to manually update every user’s PC.

“When the printers are installed, we can simply hit a button and get everyone up and running. Compared to a manual installation, this means downtime of just a couple minutes for the business users – rather than a couple of hours.

“Likewise, taking these and some of the more mundane or repetitive tasks away from IT also enables the team to concentrate on the high-value tasks they find more interesting, increasing job satisfaction.”