And which particular M2M/IoT tribe do you belong to? - IoT Now News - How to run an IoT enabled business

Home › Blogs › And which particular M2M/IoT tribe do you belong to? 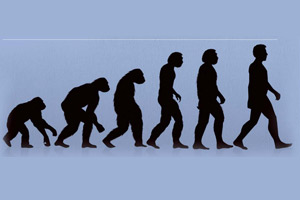 When it comes to introducing new technologies to any sector, understanding the cultural issues of the business communities involved can be just as critical as the choice of system or vendor. Alun Lewis, M2M Now magazine’s new editor, ponders whether we need a new breed of ‘digital anthropologist’ to help us navigate this emerging terrain and what skill sets we’ll need.

One of the major pleasures and privileges of my decades in ‘the industry previously known as telecommunications’ has been the entry it’s given me to so many wildly different market sectors. Each vertical, whether it’s banking or healthcare, has its own unique cultural heritage that inevitably influences how they see they see the world – and how they think they can exploit new technologies for their own ends. Highlighted in our February/ March issue’s Industrial Automation report from 451 Research, Brian Partridge, for example, emphasised the implicit challenges in the M2M/ IoT space of bringing together far more intimately the very disparate worlds of IT and Operations.

You can see traces of this cognitive disconnect – and its related dissonance – throughout history, both old and modern. Whether it’s the Incas failing to use the wheel – or the Ancient Greek aeolipile, also known as Hero’s engine, a steam turbine which never moved beyond being a ‘natural curiosity’ – there are always very human reasons why technologies remain unexploited or ill-used.

In a book published last year by ex-TM Forum industry guru, Martin Creaner, ‘Delivering the Digital Economy’, he highlighted the internal cultural failings such as arrogance and inertia that left much of the traditional telecoms industry struggling to find a profitable and strategically strong place in a fast changing, online world.

One key problem causing this is that in many industries and businesses, careers often progress by knowing more and more about less and less. Telecoms – especially where IoT and M2M are concerned – are ultimately about the infinite interconnectedness of everything. While having huge respect for those industry specialists and for the analyst communities, I do sometimes feel that we’re actually starting to need some more unconventional “synthesists” with the necessarily broadest perspectives to show us how things can fit together in untraditional ways.

One great example of this was explored a few years ago in John Markoff’s excellent ‘What the Dormouse Said: How the Sixties Counterculture Shaped the Personal Computer Industry’. If you want to understand the emergence of windows, mice, hypertext and many of the networking technologies we take today for granted, look to a bunch of long-haired visionaries in the Northern California of the 1960s and 1970s, who wanted to subvert the military-industrial complex then dominated by Ma Bell and mainframes.

As Robert Heinlein, the famous science fiction writer once quipped, “Specialisation is for insects” and, as a species, we only came to dominate the planet by being able to soft-wire solutions in our brains and not rely on evolution to give us dedicated tools like wings and fins and claws. Gaps, boundaries and liminal spaces are where evolution happens fastest – and there are certainly enough of those in the IoT/M2M domain to keep us busy for a long time yet.