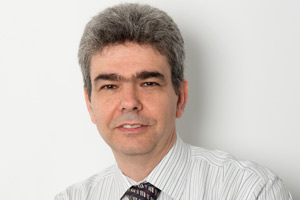 Prototypes for connected vehicles continue to gain media headlines as technology advances. But it isn’t just the vehicles that could benefit from smart Internet of Things technologies, it is also the road itself and how it is managed.

Sensors such as CCTV and speed cameras are already deployed on our highway infrastructure, and as these become smarter, the volumes of data that can be collected increases and becomes more valuable to governments and councils looking to make their transport systems more efficient.

Traditionally, anomaly detection by video cameras is made possible by inputting a set of rules into the camera’s operating system. The camera is primed to recognise something strange on the road, as it is programmed to look out for anything “abnormal”. This is great – as long as you know what the camera should be looking out for. Ultimately, this method depends on the programmer knowing in advance what “anomalies” are likely to be on the road.

A system that takes in data from thousands of sensors needs to operate on a more instantaneous basis to reflect the changing highway. With advanced video analytics the camera is trained on what represents normal traffic flow and once the learning phase is over, can autonomously indicate that something abnormal has happened. This is a more efficient method of detection because it is easier to spot something abnormal once you have learnt what is normal – after all, this is the way the human brain works.

So what sort of smart traffic management applications could be built on advanced video analytics?

In the vehicular traffic area video cameras can also observe a pedestrian crossing and intelligently predict how quickly an individual can get across as the system’s video analytics has learnt to identify if that person is elderly or handicapped. This can be connected to the traffic lights themselves, with crossing time automatically extended to allow for a safe crossing. Eventually, this type of autonomous system will enable real time responses to the changing flows of different types of pedestrians crossing busy streets.

Advanced video analytics could also make roads much safer for cyclists. Cameras, quietly observing a junction or roundabout, will use advanced analytics to track and predict potential accidents between the projected paths of bicycles and cars turning across the bike lane. A warning signal is transferred through connected vehicles own systems or to digital roadside displays to alert drivers to a potential problem and help prevent a serious accident. These kinds of alerts could be particularly helpful for drivers of heavy goods vehicles, who often have poor visibility. Signs alerting drivers to cyclists are relatively common-place but currently very vague; using IoT analytics from video sensors, the signs may be able to alert all road users to the number of cyclists and their actions. The ability to autonomously predict a collision could mean a sharp reduction in these fatal incidents when applied with other measures. This isn’t just a super smart highway, but potentially a super safe smart highway.

The application of these kinds of analytics could save governments a lot of money, but more importantly, these smart traffic systems also function without violating people’s privacy as the systems aren’t tracking vehicles based on their number plates but instead monitor activity for anomalous events. This should reassure anyone who finds the idea of AI “taking over” rather alarming – on the contrary: technology has never been so helpful or safe. While our highways already are “smart” in a lot of ways, we can look forward to a future where analytics ensure our roads are intelligent in a way that is really useful to normal people.