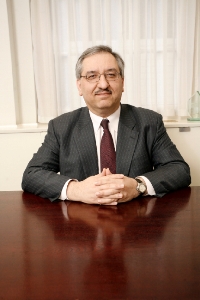 Dialog Semiconductor and Atmel Corporation have announced yesterday that Dialog has agreed to acquire Atmel in a cash and stock transaction for total consideration of approximately US$4.6 billion.

The acquisition significantly expands the business in both power management and embedded processing solutions. The transaction supports mobile power, IoT and automotive customers. The combined company will address an attractive, fast growing market opportunity of approximately $20 billion by 2019.

Dialog will complement its leadership position in power management ICs with a leading portfolio of proprietary and ARM® based Microcontrollers in addition to high performance ICs for Connectivity, Touch and Security. Dialog will also leverage Atmel’s established sales channels to significantly diversify its customer base. Through realised synergies, we expect the combination will deliver an improved operating model and enable new revenue growth opportunities.

, said: “The rationale for the transaction we are proposing today is clear – and the potential this combination holds is exciting. By bringing together our technologies, world-class talent and broad distribution channels we will create a new, powerful force in the semiconductor space.  Our new, enlarged company will be a diversified, high-growth market leader in Mobile Power, IoT and Automotive. We firmly believe that by combining power management, microcontrollers, connectivity and security technologies, we will create a strong platform for innovation and growth in the large and attractive market segments we serve.  This is an important and proud milestone in the evolution of our Dialog story.”

In 2017, the first full year following closing, the transaction is expected to be accretive to Dialog’s underlying earnings. Dialog anticipates achieving projected annual cost savings of $150 million within two years. Under the terms of the agreement, Atmel shareholders will receive $4.65 in cash and 0.112 of a Dialog American Depository Share (ADS) for each Atmel common share held at close of the transaction resulting in the economic equivalent of $10.42 per Atmel share based on Dialog’s closing stock price as of 18 September 2015. The purchase price implies a total equity value for Atmel of approximately $4.6 billion and a total enterprise value of approximately $4.4 billion after deduction of Atmel’s net cash.

The transaction has been unanimously approved by the boards of directors of both companies and is subject to regulatory approvals in various jurisdictions and customary closing conditions, as well as the approval of Dialog and Atmel shareholders. Jalal Bagherli will continue to be the Chief Executive Officer and Executive Board Director of Dialog. Two members of Atmel’s existing Board will join Dialog’s Board following closing.