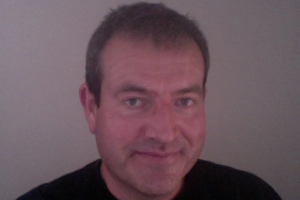 “I’m guessing you’re into this Internet of Things racket because it’s going to be a massive money-spinner. If you’re in the right place at the right time, you could make a fortune,” says, Nick Booth.

It’s not just luck and judgement though. Once you select a wave, you have to paddle like crazy. If you don’t build enough momentum, the wave will pass right underneath you. If you do put in the hard work, and get lucky, everyone will look up to you as you’re carried aloft on a surge of energy. (Make a dignified exit, mind, or the people that once cheered you will sneer when you crash onto the beach).

The Americans are brilliant at making the most of an opportunity. Whether they are more creative or better at choosing waves is a moot point. But nobody could contest their superiority in getting their as a service (AAS) into gear, grabbing a spot and holding it.

When US technology companies identify a market, they don’t mess about like we do in Britain. They go for it.

We invented the computer and (SOB) the iPhone could have been ours too. It’s a little known fact that a British inventor had the idea for an iPhone-like mobile device long before Apple, but his touch-screen invention was suffocated in its infancy, by the ironically acronymed the National Endowment for Science, Technology and the Arts  (NESTA). That’s a nest you didn’t want to be incubated in.

Having been lured into the NESTA with promises of investment funds, engineer Andrew Fentem found himself in the Quango of Death, where none of the half-man, half-desk government-appointed yes-persons had a science or technology degree. NESTA took £250 million of public funds, and turned it into £228 in royalties from all the start-ups it smothered.

What a massive contrast to the way they do things in America. Take, for example, Branch Metrics, a Palo Alto start-up that could do for mobile networks what Google did for search. Or indeed, what Andrew Fentem could have done for the mobile phone and British industry.

Being Californian, Branch has a much better chance of seizing the day. Firstly, its founders had professional help. Being technology students at Stanford University, they had a choice of venture capitalists they could visit. Eventually they chose one that specialises in helping Stanford graduates. A wise choice, but not that surprising, because one of their modules at university was How To Finance a New Venture.

So when Branch’s founders (Alex Austin, Mike Molinet and Mada Segheti) asked for seed funding, not only did the VCs speak the same language, they were happy to put their money where their mouth was. Now Branch has an $18 million fighting fund to help it conquer a new territory and raise its flag.

With the chutzpah we expect from the Yanks, the VC and start-up team set themselves a massively ambitious mission; to index every link on the mobile web, as Google once did for the internet. But the potential rewards are colossal – as the $18 million funding would suggest.

Branch’s vehicle for conquering this territory is a bankable asset in itself. In order to index the mobile web, Branch’s Alex Austin created a way to make mobile apps load in a fraction of the off-puttingly long time it currently takes. Like any well engineered system, they’ve made it look simple, by masking all the complexity from the user.

This fine-tuning of the download process has a massive impact. By getting to the point quicker, it doubles the rate of success of mobile downloads. But rather than charge developers for a service that doubles their sales, Branch is giving it away free.

Branch is forgoing the instant gratification of immediate sales returns in favour of the long game. Its management team – and the VCs who steered them – are concentrating on a bigger prize, which involves indexing all the app developers who use their service. Once they have successfully charted the Apps of the World, Branch will have something very valuable indeed. It will be the only company that knows where all the bodies are buried on the globe’s mobile networks and the entire Internet of Things. What fiendish cunning! I wish I could do that.

There are lessons here for everyone. Firstly, our VCs need to be bolder and more broadminded, like the US ones. Secondly, our start ups need to be as visionary as Branch. And finally, on a more practical, achievable level, there’s some good free software available to IoT developers which will double the success of their downloadable apps.