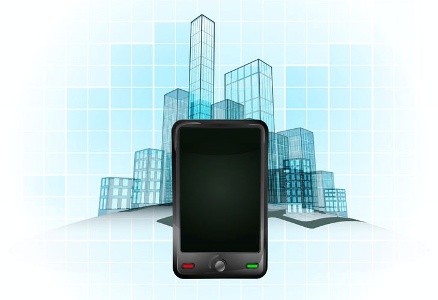 Taking place at ExCeL, London on April 12 and 13 April 2016, the organisers have set an ambitious attendance target for the event of over 20,000 professionals, which they say would make it “the largest gathering of Internet of Things (IoT) expertise in the world”.

Heading up the keynote programme will be technology evangelist and author of the Scobleizer blog Robert Scoble, whose career spans roles as a strategist and evangelist for Microsoft and a futurist for Rackspace. Scoble will draw on his recent experience gleaned through interviewing thousands of executives and technology innovators for his book The Age of Context, co-written with Forbes author Shel Israel.

Discussing the show, Robert Scoble commented: “With 3.5 billion networked products expected by 2015, it’s clear that the Internet of Things has arrived, and I’m delighted to be speaking at Smart IoT London to discuss this phenomenon.  Smart IoT London is bringing together the entire IoT ecosystem in a way that hasn’t ever been done before, and the event provides a vital platform for nurturing IoT evolution.”

Joining Scoble will be award-winning global Internet of Things (IoT) analyst, Harvard Business Review Press best-selling author of Disrupting Digital Business,  and thought leader R “Ray” Wang, who will bring over 20 years’ experience advising enterprises on strategy and disruptive technology to the event.  Three times winner of the prestigious Institute of Industry Analyst Relations Analyst of the Year Award, Wang is the founder, principal analyst and chairman of Silicon Valley-based Constellation Research, as well as the author of the popular business strategy and technology blog A Software Insider’s Point of View, which amasses tens of millions of page views a year.

Smart IoT London will also include a keynote delivered by IoT and big data pioneer Dr. John Bates, who was listed as one of the top 10 Innovators of the Decade by Wall Street & Technology and one of the “Tech 50” most influential technologists by Institutional Investor. Most recently, Bates authored Thingalytics: Smart Big Data Analytics for the Internet of Things, which advises businesses how to take advantage of the fast Big Data that flows from the digital planet.

The panel of experts is completed by Mike Gualtieri, a principal analyst at Forrester, and renowned writer and speaker, whose research focuses on the convergence of big data, machine learning, and IoT technologies that enable technology professionals to design and develop predictive apps – smart apps that are contextually aware and adaptive. Mike will share his insights into how technology innovations in big data, artificial intelligence and user experience are supercharging the IoT world.nt