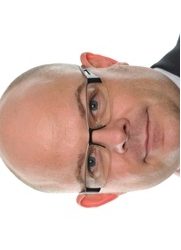 The Internet of Things (IoT), where physical devices are inter-connected and can communicate with one another via the internet, is set to have a significant effect on a wide range of industry sectors, perhaps none more so than healthcare. Software developers are beginning to speculate on the impact that IoT could have on their profession. But in this particular industry, where the capabilities afforded by IoT could extend to potentially life-saving applications, its advent is being watched particularly closely.

The opportunities that accompany IoT are virtually limitless. From cars to dishwashers to coffee machines, devices will be able to interact with each without any need for a human mediator. At this point, it is impossible to know whether IoT will deliver on everything expected of it, but purely in terms of healthcare, IoT could spark a revolution in service provision, says Dirk Paessler is CEO of Paessler

With IoT, appliances ranging from pacemakers to hearing aids will be inter-connected, allowing networked devices to undertake a range of medical tasks, from remote monitoring of patients to keeping tabs on hospital equipment. Relevant data is collected by ‘things’ and relayed to other devices on the network. For instance, imagine a baby monitor that can gather information on a child’s breathing rate, and then send a notification to the parent’s smartphone if there are any changes in the normal pattern. Wearable tech is particularly well suited to the provision of healthcare, and something that has already been explored by the major technology conglomerates with products such as Apple Health and Google Fit. In terms of monitoring pulse and heart-rate, future products could monitor any irregularities, call an ambulance, and identify the person’s location using GPS tracking.

However, there are also challenges to consider. One of the most significant will be integrating a large, hugely diverse group of ‘things’ into the existing network. Also worth thinking about is the sheer volume of data, which will need to be added to the central IT system, and subsequently processed, examined and presented in such a way that it can be acted on.

Given the complexities that the advent of IoT will inevitably bring, IT monitoring will be required to play a key role. Traditionally, IT monitoring software is used to monitor the network on which everything runs, and so can detect faults before they impact performance. But in the case of IoT it can offer even more, with a Unified Monitoring solution allowing administrators to monitor the actual ‘things’ on the network, letting them keep tabs on everything running on it.

Within a healthcare context, this capability is particularly critical. If a device becomes disconnected from the network, or is simply switched off, monitoring can act as an early warning system, and help to avert what could be a potentially life-threatening incident. It can also act as a dashboard that brings together traditional IT and, in this case, medical devices.

Aside from this, Unified Monitoring also has a key role to play in keeping data secure. Most major concerns over IoT’s move into the healthcare sector come from patients who are apprehensive about the storage of sensitive personal and health data across connected systems, and the subsequent risk of cyber hacking. IT monitoring software is a robust and agile tool that can help bolster network security by informing network administrators at the first sign of a breach. And given that it allows administrators to be kept in the loop around the clock, network security can be almost guaranteed.

Unified Monitoring can help unlock the many benefits that IoT promises to bring to the world of healthcare. It helps to provide critical insight into the performance of any device, providing professionals in the sector with reassurance and knowledge in a rapidly changing, increasingly networked world.

The author of this blog is Dirk Paessler, CEO, Paessler