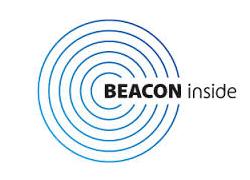 This second generation of Beaconinside’s technology now offers full support for SecureBeacon, Apple iBeacon and Google Eddystone support. The latter is said by Beaconinside to be an interesting option for advertisers who prefer to rely on Eddystone URLs instead of existing mobile apps.

In a further development of the new beacon generation, the software is now claimed to have greater flexibility as well. For example, Beaconinside has opened its Bluetooth service specification for other Proximity Service Providers in order to offer multi-vendor solutions and integrate into existing back-end and mobile systems. This openness to collaboration is something that the majority of competitors have denied their customers on purpose, in order to create a lock-in effect.

The Berlin-based company has also successfully tackled another major issue for the success of the beacon infrastructure: by working with the German premium battery manufacturer VARTA and the use of the latest Texas Instruments CC2640 Bluetooth low energy chip (BLE) available to market, the battery life of the beacons increases from two to more than five years. This is a huge benefit for customers like retailers who have been searching for an unobtrusive and largely maintenance-free beacon infrastructure. Beaconinside has further upgraded both security features of the hardware and software: the new beacons come with advanced security features in order to avoid the misuse of their beacon networks. Both Beaconinside BEACON and MANAGE products now protect users from unauthorised “beacon harvesting” (the reading out of networks) and spoofing (the cloning of beacons).

This 2.0 development is based on the experience of more than 20,000 first generation beacons sold, as well as the findings from more than 500 customer installations within retailers, mobile and digital agencies, universities and municipalities. Michael Kappler, co-founder and CEO of Beaconinside, said of its Beacon 2.0 development: “Our new hardware and software builds upon the successes of our first generation experiences, and adds features and functionality that will enhance the customer experience: increased battery life, Google Eddystone support and amongst the highest security standards in our industry. In addition to a reduction in cost, we can say we’ve increased confidence in the beacon technology and guarantee the sustainability of installed infrastructure for the wider retail market.”

“With an increased battery life from two up to five years, we will be able to set new standards together with Beaconinside. The team at Beaconinside convinced us to bring on-side the best possible technology for this developing standard. For us it was therefore the next logical step to providing the best possible support, together with our battery expertise and to ensure effectiveness of their beacons even when utilisation rates are at their highest,” added Andreas Preissler, sales manager Retail at VARTA Consumer.

This new beacon generation is already doing its job: in another great example of partnership, today’s strategic launch of a new lifestyle perfume product called RELOAD. For the global launch in 1,300 shops in 27 countries on three continents RELOAD uses the powerful support of the newest beacon generation.

Erwan Corre, co-founder and COO of Reload Labs, says the company deliberately chose Beaconinside as a lead partner for point-of-sale marketing: “As a startup, it’s part of our DNA to partner with the latest technology providers. For the launch of our lifestyle product we wanted no element left to chance and chose the Beaconinside as the company to partner with as they convinced us firmly not only of their reliable hardware, but also of their heritage, as their team has many, many years of hard-won marketing experience.”

Axiros Partners with Grupo Éxito to deploy management and monitoring solution...
Next